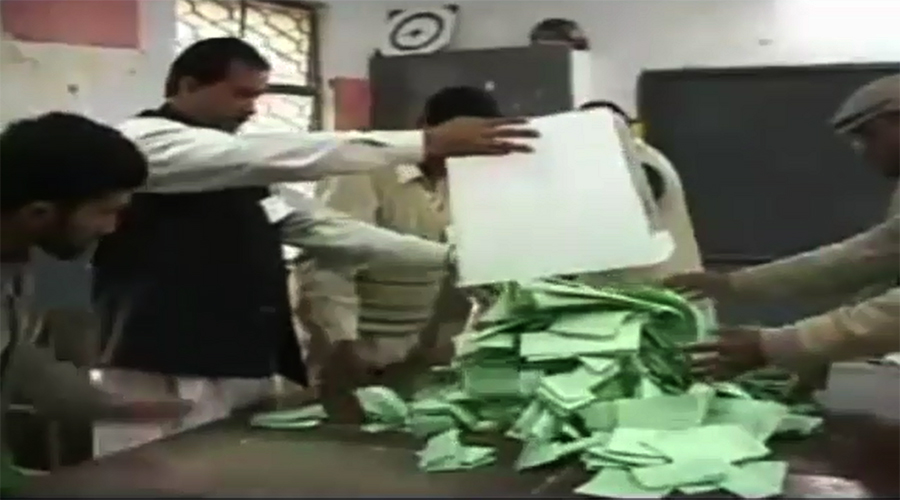 KARACHI (92 News) – The vote recount has started after the polling ended in PS-127 on Thursday. During the vote recount, the workers of the Muttahida and the Mohajir Qaumi Movement scuffled with each other. The quarrel started over the uprooting the camp of the MQM. A heavy contingent of the police and the Rangers reached the spot and brought the situation under control.