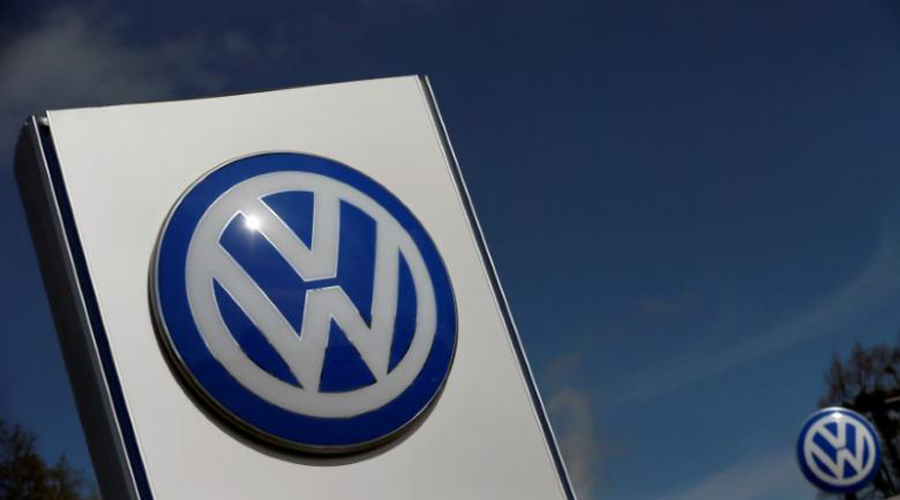 WOLFSBURG – Volkswagen (VOWG_p.DE) faces 8.2 billion euros ($9.1 billion) in damages claims from investors over its emissions scandal in the legal district where the carmaker is based, a German court said on Wednesday. About 1,400 lawsuits have been lodged at the regional court in Braunschweig near Volkswagen's (VW) Wolfsburg headquarters, the court said. The Braunschweig court said it received some 750 lawsuits on Monday alone, which marked the first business day after the anniversary of VW's diesel emissions test-rigging scandal. It said it brought in extra staff to process suits submitted by shareholders concerned Sept. 18 - the day VW's manipulations were disclosed a year ago - could be the deadline to file. Plaintiffs say the German carmaker didn't inform shareholders quickly enough over its cheating software, which was installed in up to around 11 million vehicles worldwide. VW, which faces lawsuits and investigations across the world, has consistently said it did not break capital markets regulations in the disclosure of its cheating. The biggest claim at the Braunschweig court, totaling 3.3 billion euros, was filed by lawyer Andreas Tulip on behalf of institutional investors around half a year ago. The court detailed additional complaints on Wednesday, saying they included a filing by institutional investors for 30 million euros in damages, two investor groups demanding 1.5 billion and 550 million euros respectively and an investment company that sued the carmaker for 45 million euros. It would take about four weeks to fully process the additional claims, the court said. Complaints have also been filed by German state pension funds. VW has so far set aside about $18 billion to cover the cost of vehicle refits and a settlement with U.S. authorities, but analysts think the bill could rise much further as a result of lawsuits and regulatory penalties. –Reuters