I am waiting for the day when Nawaz, Shahbaz will be in jail: Imran Khan 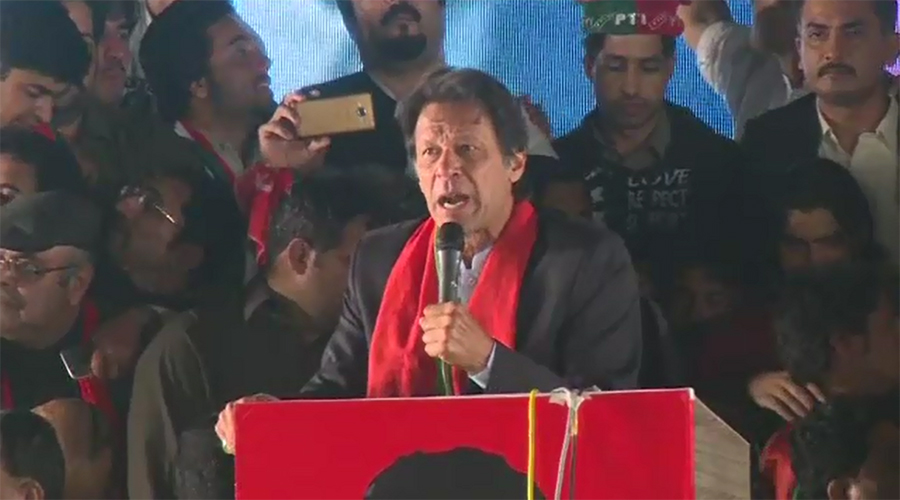 I am waiting for the day when Nawaz, Shahbaz will be in jail: Imran Khan

ISLAMABAD (92 News) – PTI chairman Imran Khan has said that he is waiting for the day when Nawaz Sharif and Shahbaz Sharif will be in jail. Addressing a big gathering on Yaum-e-Tashakur at Parade Ground on Wednesday, he said that Pervaiz Khattak had become a hero. “Slave nations cannot become great nations. Only a free nation becomes a great nation,” he said. The PTI chairman said that the prime minister was cutting ribbons on roads after the Panama issue. “Maulana Fazlur Rahman should be thankful to me. The prime minister gives money to Fazlur Rahman,” he said. He said that the Supreme Court is summoning Nawaz Sharif for the first time. “The country’s debt has increased by four times during eight years. The job of the opposition is to raise voice against corruption of the government.” The Supreme Court judges said that institutions were not working in the country. He said that he was unable to understand Double Shah. “The intention of Khurshid Shah is bad. He is with Nawaz Sharif. There will be the turn of Asif Zardari after Nawaz Sharif. Both have struck a deal and looting the country jointly. Nawaz Sharif should resign after the case being heard by Supreme Court.” Imran Khan said that they had no solo flight, but the people of Pakistan were with them. He said that peaceful protest was the right of a free nation. “I am very happy with the verdict of the Supreme Court. I am seeing the central wicket of Nawaz Sharif falling,” he said.