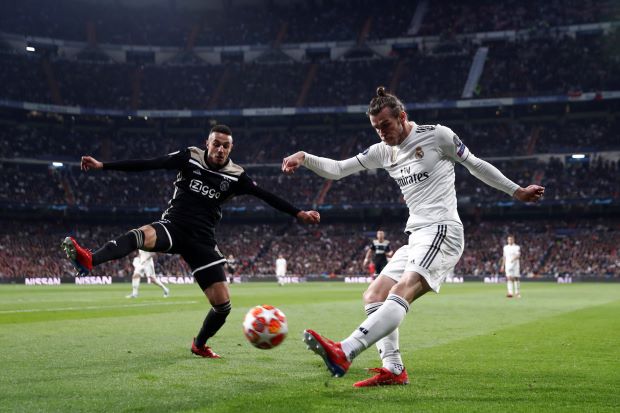 (Reuters) - Wales manager Ryan Giggs has backed Real Madrid forward Gareth Bale to overcome criticism from the club’s fans and deliver for the national team when they begin their Euro 2020 qualifying campaign this month. Bale, who has won the Champions League four times with Real since joining in 2013, has been jeered by supporters this season with the Spanish giants enduring miserable campaigns in both domestic and European competition. Real were eliminated from the Champions League in the last 16 by Ajax Amsterdam after Barcelona knocked them out of the Copa del Rey. They are also 12 points adrift of leaders Barcelona in La Liga. British and Spanish media reported that the return of Zinedine Zidane as manager could spell more trouble for Bale, who struggled for a starting spot under the Frenchman in his previous stint in charge which ended in May. “I expect Gareth to turn up and do what he always does, give everyone a lift,” Giggs told reporters on Tuesday after naming a 31-man squad for a friendly against Trinidad and Tobago on March 20 and a Euro 2020 qualifier against Slovakia four days later. “When he plays for Wales he gives 100 percent and more often than not he performs well,” Giggs added. “I don’t expect anything different because he’s always brilliant around the camp.” Bale has also been criticised for failing to learn Spanish and integrate with his Real team mates but Giggs said the 29-year-old had the strength to rise above his problems at club level. “It was the same when I played at United and you lost,” Giggs, who won 13 Premier League titles and made a record 963 appearances for the Manchester club, added. “Great players over the years have put up with that at Real. There’s newspapers dedicated every day to reporting on that club. You have to take the rough with the smooth.”