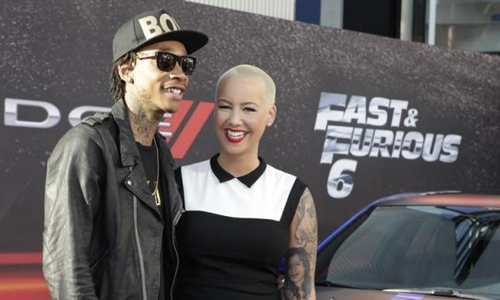 LOS ANGELES - An emotional tribute song to late actor Paul Walker in Universal Pictures' blockbuster film "Furious 7" drove the movie's soundtrack to the top of the weekly U.S. Billboard 200 album chart on Wednesday. The "Furious 7" soundtrack, which features Wiz Khalifa and Charlie Puth's song "See You Again," sold 45,000 albums and 583,000 songs, and was streamed 11.6 million times in the past week, for a total of 111,000 units, according to figures from Nielsen SoundScan. It also climbed into the top spot from No. 2 on the Billboard chart. "Furious 7" has made more than $252 million at the U.S. box office since its April 3 release and features the final on-screen appearance by franchise star Walker, who died in a car crash in 2013 before filming was completed. At Sunday's televised MTV Movie Awards, "Furious 7" star Vin Diesel remembered Walker on stage and sang the chorus of "See You Again," in one of the night's more poignant moments. The following day, the song set a record after being streamed 4.2 million times on Spotify, the most for a song in a single day, the online music platform said on Wednesday. Between April 6 and 12, "See You Again" became Spotify's most-streamed song in a single week with 21.9 million plays. The song also held the top spot of the Digital Songs chart, with 464,000 downloads last week. Mark Ronson and Bruno Mars' "Uptown Funk!" continued its hold on the No. 2 spot with 145,000 downloads. The Billboard 200 chart tallies album sales, song sales (10 songs equal one album) and streaming activity (1,500 streams equal one album). Pop boy band All Time Low's latest album, "Future Hearts," debuted at No. 2 this week on the album chart with 80,000 units and was the only new album to crack the top 10 of the Billboard 200. - REUTERS