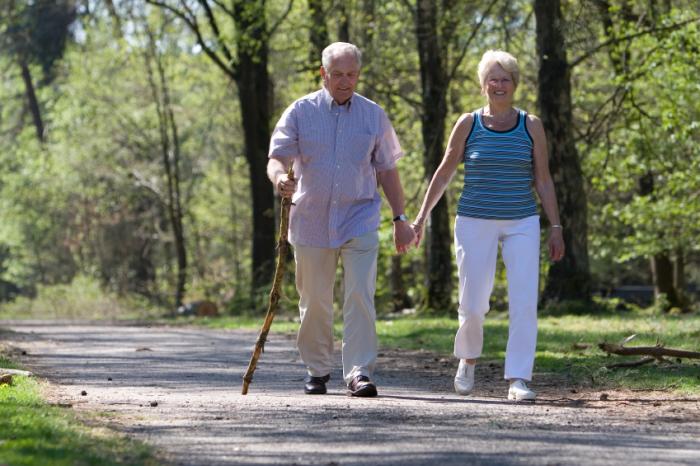 TOKYO (Reuters ) - Older adults who are faster on their feet may be less likely to suffer cognitive problems after heart surgery than patients who have difficulty walking, a Japanese study suggests. All 181 patients in the study were undergoing non-emergency heart surgery at Nagoya University Hospital. Before surgery, researchers measured how far each participant could walk in six minutes and did assessments of memory, concentration and attention. About two weeks after the surgery, they repeated the same battery of cognitive tests. Overall, 51 patients, or 28 percent, had developed cognitive problems. Half of these patients were unable to walk more than 400 meters in six minutes before surgery, while half of the participants who didn’t develop cognitive issues had walked at least 450 meters. Each increase of 50 meters in walking distance before surgery was linked to a 19 percent decrease in the odds of cognitive problems after surgery, researchers found. “This study is the first to indicate that the walking ability is a risk factor for postoperative cognitive dysfunction,” said lead study author Kazuhiro Hayashi of Nagoya University Hospital. “Fortunately for patients, physical function could be improved regardless of age,” Hayashi said by email. Temporary cognitive problems are common after heart surgery, the authors point out. A week after such operations, as many as 50 percent to 70 percent of patients have problems with memory, attention and other skills. The rate falls to 30 percent to 50 percent after six weeks, but persistent cognitive dysfunction at five years after surgery has been observed in 20 percent to 40 percent of patients, they write. Physical frailty and cognitive decline before surgery have long been linked to worse outcomes afterward, and the current study suggests that addressing these issues before people undergo operations may lead to better results and a better quality of life afterward. Basically, patients could get what Hayashi describes as “prehabilitation”: customized exercise regimens to improve walking, sitting, moving extremities, and talking abilities before non-emergency operations. “This study indicates that the easy and inexpensive six-minute walking distance test is a valuable assessment for identifying patients at a high risk for postoperative cognitive decline,” Hayashi said. “If we are able to identify patients who are at risk for postoperative cognitive decline, we can provide early treatment and encourage them to better understand the dysfunction.” Shorter distances on the walking tests in the study were linked to larger cognitive declines after the operations, researchers report in the Annals of Thoracic Surgery. Researchers excluded people from the study who had significant mobility challenges or dementia before surgery, and they also left out people who might have an increased risk of cognitive problems like those with a history of stroke. One limitation of the study is that the amount of time that passed after surgery before patients had cognitive tests varied. Researchers also didn’t do other tests of physical or psychological function, both of which can have a big impact on quality of life after surgery. Results from heart surgery patients might not apply to other people, either, because cardiac procedures often involve cardiopulmonary bypass and major shifts in blood pressure during operations, both of which can affect brain function, said Dr. Carolyn Dacey Seib, a researcher at the University of California, San Francisco Medical Center who wasn’t involved in the study. “It is possible that the association between functional capacity and postoperative cognitive function would be less pronounced in non-cardiac surgery, especially low risk surgeries that are shorter in duration and have less impact on (the brain),” Seib said by email. Still, poor performance on a preoperative walking test might indicate frailty, which has long been linked to worse outcomes after surgery, Seib added. “Therefore, it is very possible that this walking test is identifying frail patients who lack both physical and cognitive reserve to deal with the stresses of surgery.”