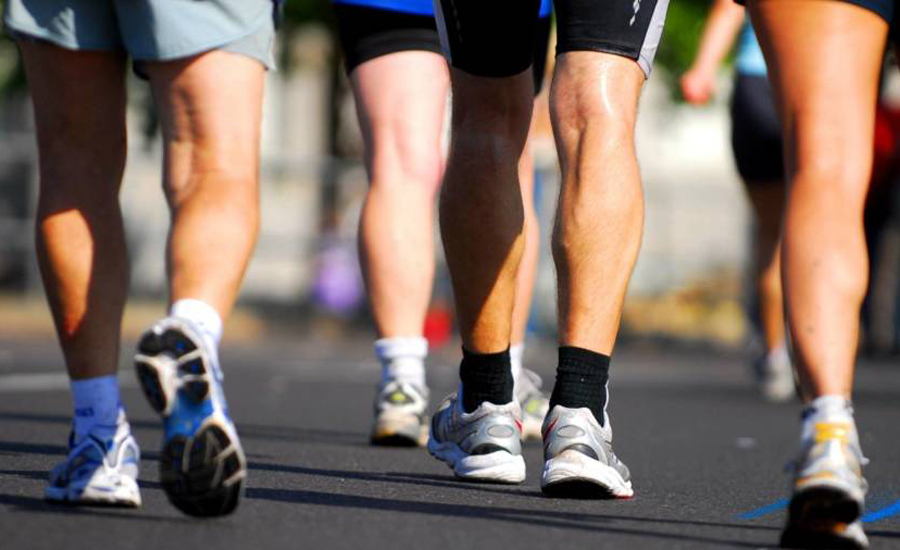 LONDON – A moderate-intensity walking regimen may reduce symptoms of mild cognitive impairment that are linked to poor blood vessel health in the brain, a small study suggests.

Vascular cognitive impairment, or VCI, refers to mildly impaired thinking or more advanced dementia that’s due to the same kinds of blood vessel damage seen with heart disease elsewhere in the body. It is the second most common cause of dementia after Alzheimer’s disease.

“More specifically, it reduces one’s risk of developing chronic conditions such as high blood pressure, diabetes (type II), and high cholesterol. These chronic conditions have a negative impact on the brain - likely through compromised blood flow to the brain,” said Liu-Ambrose, a researcher with the Aging, Mobility, and Cognitive Neuroscience Lab at the University of British Columbia in Vancouver.

The brain is a highly metabolic organ and to keep it healthy, it requires good blood flow to deliver the necessary nutrients and oxygen to its tissues, she added.

“It is worth noting that in our study, reduced blood pressure (secondary to exercise) was associated with improved cognitive function,” Liu-Ambrose said.

Aerobic exercise may also benefit the brain by increasing growth factors, which are substances made by the body that promote cell growth, differentiation and survival, she said.

Liu-Ambrose and colleagues randomly assigned 38 older adults with mild VCI to one of two groups. One group followed an aerobic training program consisting of three one-hour walking classes each week for six months, while the other group continued with their usual care. In addition, both groups were given information about vascular cognitive impairment and tips for eating a healthier diet.

Before the exercise program began and at the end of six months, all the participants also had functional MRI brain scans and other tests that measured neural activity and cognitive ability.

People in the aerobic training group had significant improvements in their reaction times on the cognitive tests, and showed changes in their brain activity that made them resemble healthy brains more. The comparison group showed no changes.

“While more research is needed to better understand how it brings about its benefits and what factors may impact the degree of benefit observed, there is minimal negative consequence of exercising,” she said.

Liu-Ambrose said she doesn’t know if exercise can actually prevent VCI because there have been no studies to determine that. “However, population based studies do suggest that physical activity does reduce the risk of developing VCI. Moreover, as mentioned earlier, aerobic exercise is very effective in reducing vascular risk factors associated with VCI, such as high blood pressure.”

The study was small, and because participants had to be able to walk for up to an hour, it’s possible they were physically healthier than average, the authors note. The socializing involved in the walking classes might have also had some effect, they add.

“Given the small sample size, one needs to be cautious about interpreting the results of this pilot study. However, it is encouraging to see that the six-month aerobic exercise program improved certain aspects of cognition and showed changes on functional brain imaging,” said Dr. Joe Verghese, director of the Montefiore Einstein Center for the Aging Brain at Montefiore Medical Center in New York.

“The effect of exercise in this, and other studies seems to be on improving executive functions, which are required for planning, thinking and judgment,” Verghese, who wasn’t involved in the study, said by email.

“The findings, if confirmed in larger studies, may have implications in advising exercise in older patients with vascular risk factors for brain protection,” Verghese said. –Reuters