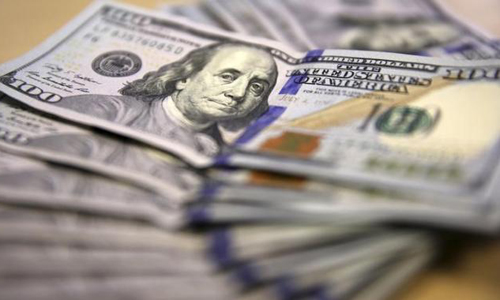 NEW YORK - Wall street analysts may be inadequately accounting for the dollar’s sharp rise in the first quarter, setting up a scenario in which some multinationals may miss already low consensus estimates - and their shares sell off as a result. Equity analysts admit they have had trouble keeping up with the dollar’s rapid 9 percent rise so far this year. While companies have issued forecasts mentioning “currency headwinds,” most Wall St. analysts are not updating their estimates to reflect those rapidly moving exchange rates. That could hurt. North American public companies could give up more than $25 billion in revenues and 7 cents per share in earnings in the first quarter alone because of currency-related volatility, said Wolfgang Koester, chief executive of FiREapps, a foreign exchange data analytics firm in Phoenix, Arizona. An early example to watch is Monsanto Co(MON.N), which reports results on Wednesday, April 1 for its fiscal quarter ended Feb. 28. On Jan 7, before the dollar's biggest moves of the quarter, the company said currency issues would reduce its 2015 earnings by between 15 cents and 20 cents, similar to 2014, when the dollar rose 12.8 percent against a basket of major currencies. Yet only five of 25 analysts covering Monsanto have changed their outlooks for the firm since it closed the books at the end of February, according to Thomson Reuters data. "The chance of U.S. earnings coming through lower (than estimates) is noticeably high," said Chris Faulkner-MacDonagh, market strategist at Standard Life Investments in Edinburgh, a global asset manager with $383.6 billion under management. "You're going to really feel it this quarter and next." To be sure, not every analysis that fails to update for the dollar's rise will miss its mark. At Monsanto, for example, other factors such as an improving outlook for corn planting may help offset currency losses, said Paul Massoud, analyst at Stifel. But even some companies that meet expectations find the lack of currency-based analysis disturbing. Investor relations experts at software firm Red Hat Inc (RHT.N) told Reuters that consensus forecasts are "dubious at best" because of the lack of revisions, and the company's chief financial officer used its March 25 conference call to complain. “The rapid devaluation of nearly every foreign currency versus the U.S. dollar is not news, yet surprisingly only about 30 percent of the sell-side analysts who follow Red Hat have updated their models at current rates,” said Charles Peters, the CFO. For their part, analysts say it can be near impossible to quantify currency headwinds if companies give little detail about their hedging strategies or the expected revenue and earnings break-down for different currency regions. "Currency moves faster than the Street's ability to publish updated estimates," said Ed Maguire, an analyst at CLSA in New York. He and other analysts, such as Daniel Ives, covering software for FBR Capital Markets in New York, mentioned the challenges to their models posed by the dollar's volatility. "Analysts are trying to play a game of darts with a blindfold depending on the granularity provided by a respective management team," said Ives. "The massive volatility has made this a difficult situation for both analysts and management teams." - REUTERS