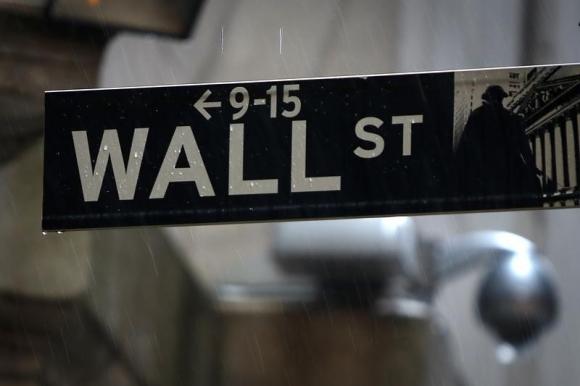 NEW YORK - Stocks were little changed on Wall Street on Tuesday, with slight moves in tight lock step with currency variations as traders focused on the dollar's strength and its possible effect on corporate earnings. The Nasdaq outperformed other major indexes, boosted by a 2 percent gain in Google (GOOGL.O) shares. Morgan Stanley's (MS.N) chief financial officer is leaving the bank to join Google. Data from home sales to inflation and manufacturing indicated the US economy remains strong, but failed to alter expectations of a faster or steeper monetary policy tightening path at the Federal Reserve. Traders have been focused on how the Fed will react to economic data, as a June interest rate increase remains on the table. Stocks have been inversely correlated to the strength of the US dollar. "The data is good but not that good to change the impression (that) we’ll see a slow lift in rates from the Fed. After the sharp move in the dollar, you won't see the data moving it unless it is extremely better," said Art Hogan, chief market strategist at Wunderlich Securities in New York. "Investors believe the US economy is the strongest in the developed world, but also that equities are fairly priced." At 10:41 a.m. EDT (1441 GMT) the Dow Jones industrial average .DJI rose 6.54 points, or 0.04 percent, to 18,122.58, the S&P 500 .SPX gained 0.35 points, or 0.02 percent, to 2,104.77 and the Nasdaq Composite .IXIC added 13.05 points, or 0.26 percent, to 5,024.02. The dollar index .DXY zigzagged between gains and losses and was recently up 0.1 percent on the day. Freeport-McMoRan (FCX.N) shares fell 1.9 percent to $18.96 after the miner slashed its quarterly dividend by 84 percent, to 5 cents a share from 31.25 cents, citing lower commodity prices. Whiting Petroleum Corp (WLL.N) fell 20.1 percent to $30.66. North Dakota's largest oil producer announced an offering of 35 million shares and a $1.75 billion mix of notes and convertible notes to help cut its near-$6 billion debt load. Declining issues outnumbered advancing ones on the NYSE by 1,584 to 1,230, for a 1.29-to-1 ratio; on the Nasdaq, 1,323 issues rose and 1,144 fell, for a 1.16-to-1 ratio favoring advancers. The S&P 500 was posting 11 new 52-week highs and no new lows; the Nasdaq Composite was recording 60 new highs and 15 new lows. - Reuters