Waning interest is biggest risk in race to overcome Ebola: WHO 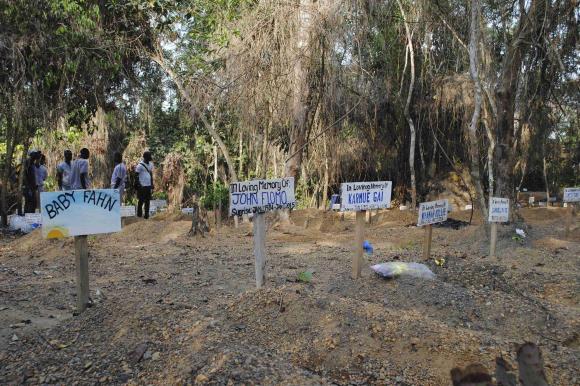 Waning interest is biggest risk in race to overcome Ebola: WHO

GENEVA - Waning interest in Ebola could jeopardize efforts to stamp out the world's worst recorded outbreak of the disease, the World Health Organization said on Wednesday. Case numbers have fallen to a low level and it should be possible to stop transmission by mid-year, but the disease is "not waning" and it is much too early to assume the outbreak will end, said WHO Assistant Director General Bruce Aylward. "We talk often about how steep the drop in cases has been. The only thing that has dropped more quickly and more steeply is the new contributions in financing," he told reporters in Geneva. The year-old Ebola outbreak has killed 9,976 people and fears of its spread commanded headlines globally in the second half of last year. Case numbers have dwindled to a range of 100-150 for almost the past eight weeks and the disease has been geographically concentrated around Freetown and Conakry, the capitals of Sierra Leone and Guinea respectively. But the failure to make further inroads is "alarming", Aylward said. "Getting from here to zero is going to require another reinvestment (in the drive to tackle the outbreak)." Liberia, where Ebola once raged, has had no new cases in 20 days but it will need to count 42 days from its last negative Ebola test result before it is declared free of the disease. Sierra Leone, the country worst hit by the outbreak, has reported 58 cases in the past week, the lowest figure since last June. Guinea had the same number of new cases, bringing the cumulative number of cases in all three countries to 24,282. It became difficult to visit, invest or work in the affected countries after Ebola struck, but the nations are in some ways even more isolated now as the epidemic retreats, Aylward said. "Today those travel challenges still remain, direct foreign investment has not returned to the countries, and at the same time it's no longer in the press, it's no longer in front of people ... They need international assistance more than ever to get the job finished," he said. - Reuters