Wanted: homes for wild animals as Mexico bans them from circuses 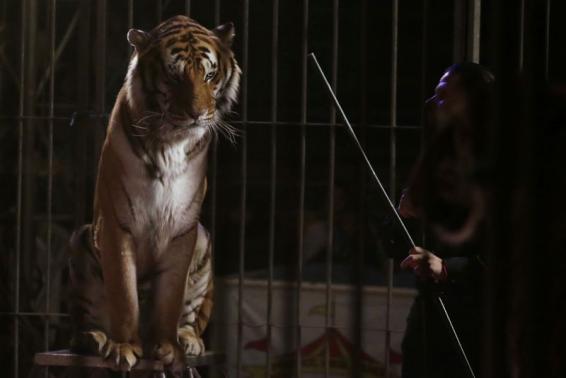 Wanted: homes for wild animals as Mexico bans them from circuses

TIZAYUCA, MEXICO - Mexico is searching for homes for at least 2,000 tigers, elephants, giraffes, zebras and other exotic beasts that will soon be banned from the country's circuses. Circus owners are worried about the fate of their animals, which they say are too expensive to keep once the ban kicks in, while government and zoo officials are grappling with myriad difficulties in relocating animals raised to perform tricks under the big top. The prohibition does not take effect until July 8, but many circuses have already shut down. The legislation stipulates that such animals should evolve in their natural habitat and aims to avoid animal cruelty that civil organizations have long lobbied against. "We are waiting for a response from the government about what will happen to our animals," said Armando Cedeno, president of the national association of circus owners and artists. Cedeno estimates there are around 4,000 circus animals in Mexico, double the government's tally. In Tizayuca, near Mexico City, 45-year-old animal tamer Bruno Raffo begins his work day at 7:30 a.m., tending to 13 tigers in his charge. It costs 3,000 Mexican pesos ($194) daily just to feed the tigers, he said, and there are also his own salary and bills from specialized veterinarians for periodic check-ups. Hundreds of circus workers have been laid off, but Raffo is sticking around, for now. "I'm going to stay here with the animals to see what can be done," said Raffo, whose arms are laced with scratch marks from a lifetime working with the giant cats. Several circus owners have properties in the area. Nearby, jaguars, zebras, horses, and camels languish in cages next to trailers filled with circus equipment. An official from Profepa, the federal agency for environmental protection, said the government was evaluating which facilities can take the animals. But zoo officials do not see any easy alternatives for Raffo's tigers and others like them. Juan Arturo Rivera, Mexico City's director of zoos and wildlife, said it was "not feasible" to add so many new animals that were raised in a different environment and maintain decent living conditions for them. Privately owned zoos have offered to help but also say the transition would be challenging. "It depends in great measure on the physical and mental condition of the individual (animals) themselves, to be able to adapt," said Frank Carlos Camacho, director of Africam Safari. Located in the central city of Puebla, the zoo allows visitors to observe wild animals roaming the park from the safety of their cars. While conservation programs are well-informed about zoo animals' genetic, medical and family histories, he said, "little or nothing is known about circus animals." - Reuters [caption id="attachment_9305" align="alignnone" width="525"] 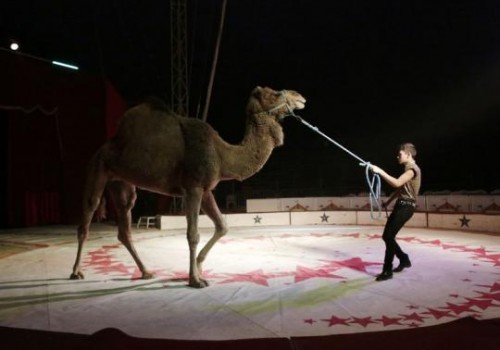 A trainer moves a dromedary during a show at the Cedeno Hermanos Circus in Mexico City March 9, 2015.[/caption]