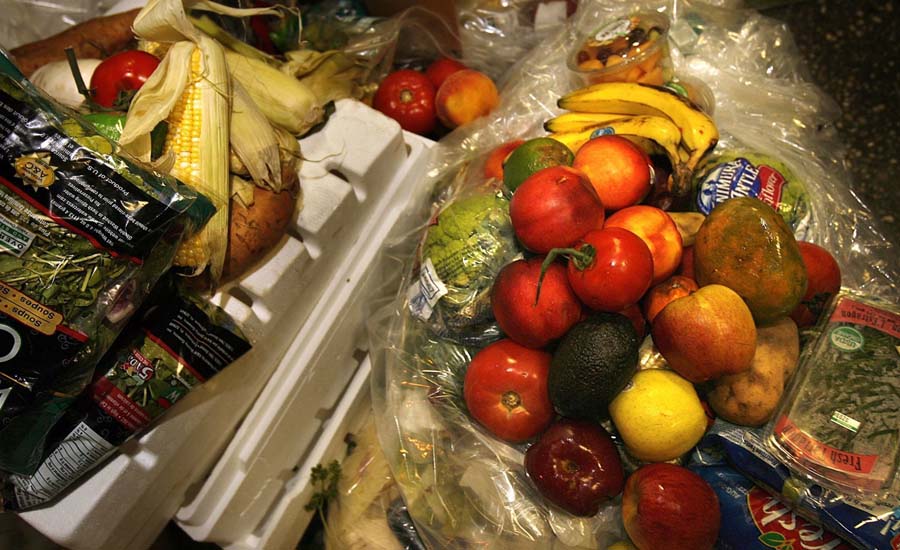 BALTIMORE – Foods that wind up in the trash contain many of the same nutrients that Americans are missing in their diets, suggests a new study.

About 30 to 40 percent of food produced in the United States is wasted - the equivalent of 1,250 to 1,400 calories per person per day. Also being tossed out is the equivalent of one quarter of the recommended daily fiber intake for most women, for example, or enough fiber to meet the full requirement for 74 million women, the authors point out.

“When we discard food, we’re also discarding a lot of healthy nutrients. And many of these are nutrients lacking in the average American diet,” lead author Marie Spiker told Reuters Health in an email.

“The most perishable foods, and the ones that we’re most likely to throw away - vegetables, fruits and seafood - are also some of the most nutritious,” said Spiker, a researcher at the Johns Hopkins Bloomberg School of Public Health in Baltimore, Maryland.

Spiker and her colleagues used U.S. Department of agriculture data to calculate the nutritional value of foods in 213 categories that were wasted, both at the retail level and in homes, during 2012.

They found that nationwide, wasted food contained an estimated 1,200 calories, as well as 146 grams of carbohydrate, 33 g of protein, 6 g of fiber, 286 milligrams of calcium, 2 mg of vitamin D and 900 mg of potassium per person per day, among other nutrients.

Using dietary fiber as an example, the authors point out that 6 g is 23 percent of the Recommended Dietary Allowance (RDA) for women, adding that U.S. women tend to fall short of their recommended fiber intake by 8.9 g a day.

Men have an even bigger fiber shortfall of 17.7 g daily, so the fiber in wasted food would fill that gap for 205 million women or 106 million men, according to the report in the Journal of the Academy of Nutrition and Dietetics.

“Food recovery programs, which save food from being wasted and make it available through purchase or donation, are an important piece of the solution. But it’s also important to remember that only a portion of food that’s currently discarded can realistically be recovered, due to food safety concerns and logistical constraints,” Spiker said.

Consumers also shouldn’t underestimate the impact of wasting less food at home, she said. “One way of reducing household food waste is to get familiar with your refrigerator: know what’s in the fridge before you go shopping, move older items to the front and center so you’ll remember to incorporate them into meals, and remember that many items can be frozen.”

The results provide “a very useful reminder of just the sheer magnitude of food wastage in the United States,” said John Hoddinott, a food and nutrition economics and policy researcher at Cornell University in Ithaca, New York.

They remind us that not only is there calorie loss, but there is loss of really high quality food, said Hoddinott, who wasn’t involved in the study.

The authors are right in saying that if some of this food could be made available to food insecure households, that might potentially go a long way in terms of reducing hunger and food insecurity in the United States, he said.

“Doing so, however, is enormously difficult in terms of the logistics in actually making such food available and ensuring it’s of a suitable quality for people to consume,” Hoddinott said.

Even so, reductions in food wastage could be one way to bring down the costs associated with these foods, which typically tend to be higher in price and often outside the reach of very poor consumers, he said.

“So, efforts to reduce food wastage can have both direct effects, in terms of making these foods available, and also indirect effects to making them more affordable,” he said. –Reuters