Watson inspired by Day aggression, but not at East Lake 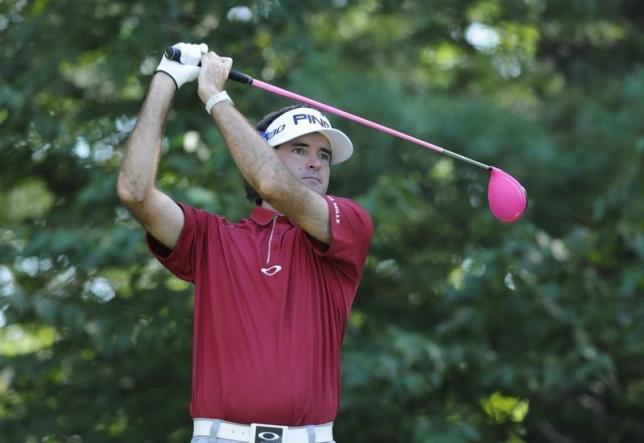 Watson inspired by Day aggression, but not at East Lake

ATLANTA - Two-times Masters winner Bubba Watson says he has learned a valuable lesson from Jason Day about aggression. But the lesson might have to be put on hold this week at the Tour Championship at East Lake, where, Watson says, he will be cautious to avoid the rough. Watson marvelled at how the 27-year-old Australian attacked courses in recent triumphs at the PGA Championship at Whistling Straits and last week's BMW Championship that carried him to the world number one ranking. "I went in the playoff at PGA Championship at Whistling Straits (in 2010). I definitely didn't see people getting to 20-under-par like this year," Watson told reporters on Tuesday. "I went into that golf course thinking ... in the 60s was good, or under par was good. And then there (were) guys basically saying, 'no, 65 is good'. "I didn't see that, because of my thinking. Obviously I took the wrong thinking, or I give majors too much credit." Day won last month's PGA Championship for his maiden major at 20-under 268, a major record low score in relation to par. He won the BMW Championship on Sunday at 22-under, and in between captured The Barclays at 19-under. "I thought I played pretty good, but I finished 21st (at seven-under at the PGA Championship)," Watson continued. "Jason Day decided that that course was easy. Jason was obviously looking at birdies and not how tough the golf course was." East Lake, site of the season-ending Tour Championship starting on Thursday, is a different matter, said the long-hitting lefty, who flagged a more conservative approach on a course that has he struggled to conquer. "This golf course always beats me. Very tricky for me with the rough ... it catches fliers all the time for my swing. "We're trying to figure out how we can attack this golf course the right way, and play more conservative." Watson has a lot riding on a win. He is fifth on the PGA Tour points list, and along with the others in the top five - Day, Jordan Spieth, Rickie Fowler and Henrik Stenson - victory would clinch the FedExCup's $10 million bonus. Self control from the rough may be the key, said Watson. "It's difficult for me because I think I can hit every shot. I think I can move the ball every direction," he said. "So it's aiming more to the centre of the greens. It's playing to the safer side. It's not trying to get too much out of a club." Watson's choices can get complex. "With a flier lie I could hit a wedge 190 (yards), no problem. "From the fairway, I could hit a wedge from a hundred yards, so you're talking about a 90-yard gap." Watson wants to get away from guess work. "It's a learning process," said the 36-year-old. "My whole golf game is about thinking." -Reuters