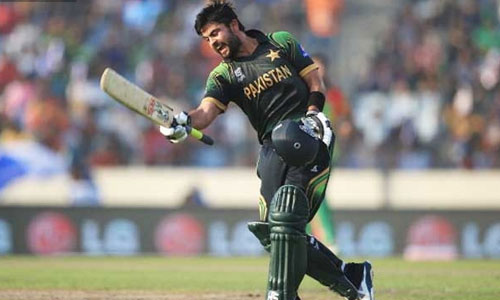 LAHORE (92 News) – Pakistan’s opening batsman, Ahmed Shehzad is fit to play against India in the first ICC Cricket World Cup 2015 match at Adelaide Oval on Sunday. According to team management, X-Ray report has confirmed that there is no fracture in Shehzad’s elbow. The star batsman got injured during net practice in Adelaide when right-arm fast bowler Ehsan Adil’s delivery crashed into the right side of his elbow. The injury caused Shehzad so much pain that he dropped his bat on to the stumps and collapsed to the ground. PAK-INDIA CLASH Tickets for the much-anticipated clash between traditional rivals India and Pakistan at Adelaide Oval sold out in just 20 minutes when they went on sale last year. The match could be the most-watched game in cricket history and has been eagerly anticipated right across the globe since it was announced.