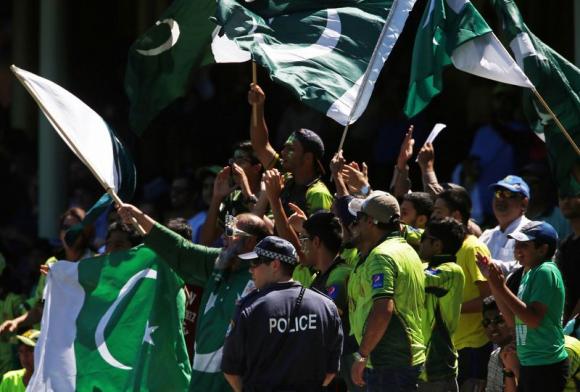 (Reuters) - Pakistan have found some momentum ahead of the World Cup but have not settled on their best line-up for their tournament opener against champions India this weekend, coach Waqar Younis said. Victories over Bangladesh and England this week have given the 1992 champions a real surge of confidence going into Sunday's match in Adelaide against a team they have never beaten at the World Cup. "We needed momentum, we didn't really play any really good cricket in the recent past," Waqar told reporters after the four-wicket victory over England. "So the momentum and the confidence we got from these last two games will definitely help. "India has always been a tough opponent so we're not going to take it easy. We're going to make sure we wake up on that morning in a positive frame of mind and look to win this time." Pakistan lost several players to injury and suspension for the tournament but Waqar said his main problem in finding the right balance was their lack of all-rounders, barring 34-year-old Shahid Afridi. "It's difficult to have the right combination, you want to have seven batters, sometimes you want to have five bowlers so sometimes something has got to give," he said. "I think we are going to sit down in the next three days and see what's going to give. We don't really have that 'X-factor' of all-rounder, maybe a batsman who can bowl fast. "But we've got Afridi, we've got to really trust him, he's in good nick and batting well, so still three more days to find the best team to play the Indians." While Pakistan's fielding was occasionally sloppy against England, Ehsan Adil and fellow seamer Sohail Khan showed enough to suggest the inexperienced pace attack will have some bite. "They bowled really disciplined which is the key, the pitches here in Australia are a little conducive for the faster bowlers so hopefully these boys will learn a lot from this tournament," said Waqar, one of the finest pace bowlers to have played. "They will hopefully deliver as well." Leg-spinner Yasir Shah, who took three for 45, also confirmed he could be as much of a threat in the 50-over format as he has been in tests. The unpredictable side rarely go into a tournament as favourites, although they did win the World Cup the last time it was held in Australia and New Zealand. "The beauty of cricket is what happened in '92 could happen again," Waqar said. "Some are good form, some are just getting into the groove, but it could be anyone's World Cup."