We don’t call for NRO, will fight till end, says Khawaja Asif 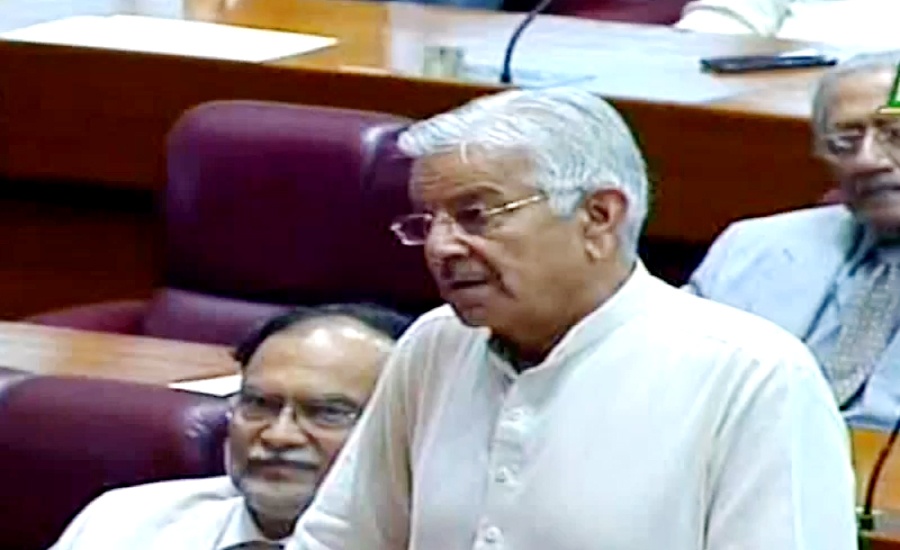 We don’t call for NRO, will fight till end, says Khawaja Asif

ISLAMABAD (92 News) – Former defence minister and Pakistan Muslim League-N (PML-N) MNA Khawaja Asif on Tuesday said that they don’t call for an NRO and would will fight till the end. Addressing a NA session, the former minister stated PML-N president Shehbaz Sharif was being targeted for diverting the attention from the current economic crisis in the country. “There is no charge against Nawaz Sharif, but still he is in jail…We don’t call for an NRO, we will fight till the end,” he said, adding that the Constitution and the general public would suffer the damages in the war. “Inflation has been rising in the country, whereas no one spoke about it,” he added, while regretting that the person who had presented the budget was awarded immediately. “Undertakers have gained control of the state, and everyone has to suffer through this misery.” He termed the trial of PML-N MNA Rana Sanaullah as “ridiculous” and said: “Political revenge is bad omen.” Expressing his views in National Assembly, Minister of State for Parliamentary Affairs Ali Muhammad Khan said that they should be loyal to our country, rather than political leaders. He said production orders of any member of assembly can be issued for allowing them to raise the issues of their constituency, not forwarding their personal issues at the floor of the House. Former Prime Minister Raja Pervez Ashraf said common man is facing the brunt of rising inflation. He accused the treasury benches of creating an atmosphere of tension in the parliament rather than holding discussions on issues of public importance. Raja Pervez Ashraf said production order is prerogative of every member of national assembly irrespective of his political affiliation. The PPP MNA also demanded the holding of NA Committee meetings on priority basis. Minister for Narcotics Control Shehryar Khan Afridi said no one is above the law and the operations of ANF are conducted without any discrimination. He said the government of PTI firmly believes in upholding of justice and equality. He said on the basis of credible intelligence received, the movement of MNA Rana Sanaullah was monitored for three weeks and he was apprehended with cache of drugs. He said as Rana Sanaullah was caught red handed, there was no need for seeking additional remand for him. The State Minister said no compromise will be made with those who are involved in drug trafficking. Shehryar Khan Afridi said 2900 personnel of Anti-Narcotics Force are playing a key role in eradicating the menace of drug from society. He said the force is understaffed and lacks necessary resources and modern technology. Despite this, he said, drugs worth billions of dollars are confiscated each year by the ANF and the conviction rate of the agency is 98 per cent.