We don't war but world powers will be responsible for any LoC mishap: Naeemul Haq 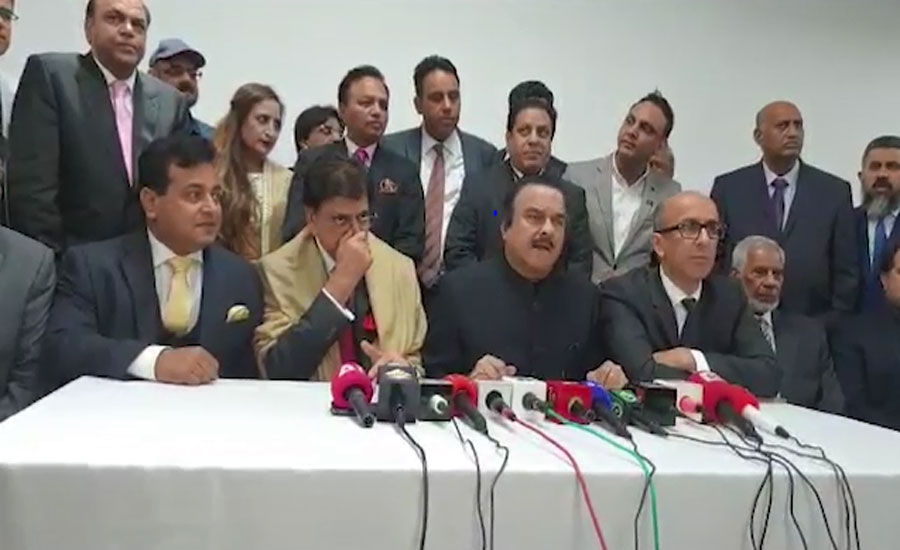 We don't war but world powers will be responsible for any LoC mishap: Naeemul Haq

MANCHESTER (92 News) - Pakistan doesn't want war with India, but Kashmiris can break Line of Control (LoC) if world powers don't take practical steps against India in the occupied Kashmir. "The Indian occupied Kashmir has become police state," said Special Assistant to the Prime Minister Naeemul Haq who was addressing a news conference in Manchester on Sunday. Haq said Prime Minister Imran Khan meet Saudi Crown Prince Mohammed bin Salman during US visit to discuss in detail the gravity of situation in the occupied Kashmir, adding Modi government is refusing negotiations over Kashmir. "US President Donald Trump is also surprised over Modi government's refusal to discuss Kahsmir issue through dialogue." Haq said the government has taken firm stance to get Kashmir issue resolved. He said in case of opposition's sit-in, the government will act as per law. To a question, the PM's advisor said Shahbaz Gill has been removed on the advice of Chief Minister Punjab Sardar Usman Buzdar and will be assigned a task in federal government. https://www.youtube.com/watch?v=4kdAosOrFOk