We have given Nawaz Sharif his honeymoon period: Bilawal Bhutto 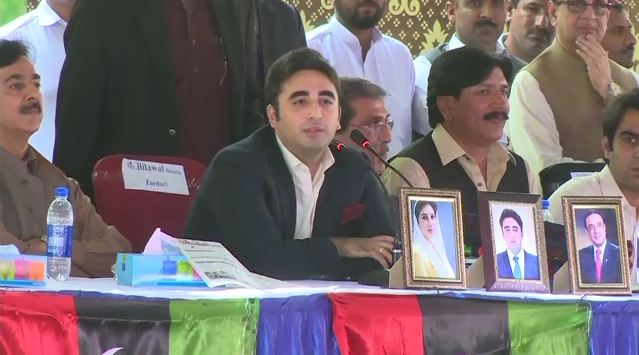 We have given Nawaz Sharif his honeymoon period: Bilawal Bhutto

RAHIM YAR KHAN (92 News) – Pakistan People’s Party Chairman Bilawal Bhutto Zardari has on Sunday said that we do not want dictatorship of throne of Lahore, we want democracy and the judiciary, parliament, media and democracy are rubber stamp. Addressing the newly elected chairman and deputy chairman in Rahim Yar Khan at the residence of former Punjab Governor Makhdoom Ahmad, Bilawal Bhutto Zardari said that we have worked with the ruling Pakistan Muslim League-Nawaz (PML-N), Muttahida Qaumi Movement (MQM) and Pakistan Muslim League-Quaid (PML-Q) and we have given Nawaz Sharif a honeymoon period. He said that the ruling party tried to stop his speech, adding that there isn’t democracy in Pakistan and especially in Punjab. The PPP chairman said that the Pakistan People’s Party (PPP) is the only party which can fight for the democracy.