We have scrapped the idea of Balochistan slipping out of hands, says Lt Gen Nasir Janjua 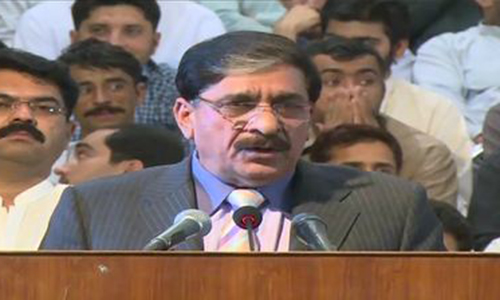 We have scrapped the idea of Balochistan slipping out of hands, says Lt Gen Nasir Janjua

QUETTA (92 News) – Commander Southern Command, Lieutenant General Nasir Janjua has said that they have scrapped the idea of Balochistan slipping out of hands. Addressing a ceremony regarding students’ role in the fight against corruption, he said that children can play a key role in the eradication of corruption, adding that the new generation’s purposeful thinking could take the country to the path of development. Nasir Janjua said that the aims of those who were fighting for their ideology, have crumbled, adding that they won’t be able to achieve anything without the support of the people of Balochistan. Director General National Accountability Bureau Tariq Mahmood said that Pakistan’s flag was impossible to raise a few years ago but the peace in the province could only be restored because of the efforts of the security forces. He said that the future of Balochistan is in the hands of the new generation, adding that an end to corruption would strengthen the country.