We hope to give Kulasekara a good send-off: Karunaratne 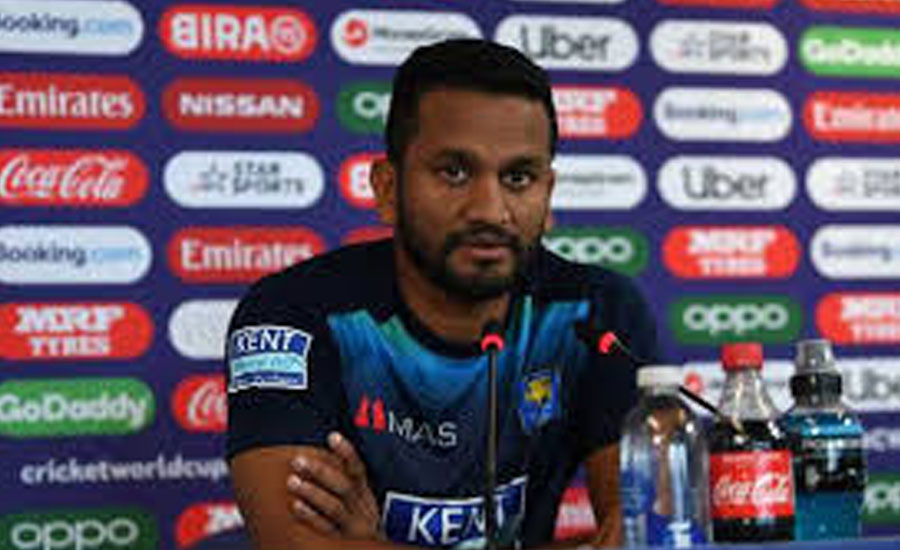 We hope to give Kulasekara a good send-off: Karunaratne

COLOMBO (92 News) - Sri Lanka captain Dimuth Karunaratne thinks his team is capable of effecting a series sweep in the final one-day international against Bangladesh and giving retired fast bowler Nuwan Kulasekara, who will be watching, a "good send-off".

Kulasekara, 37, had announced his retirement from international cricket on Wednesday, 24 July, just days after his former new-ball partner Lasith Malinga said the first match against Bangladesh would be his last ODI. Karunaratne is pleased with how the young members of the team have stepped up in the absence of these two stalwarts. "Yes, we hope to give him [Kulasekara] a good send-off, but we go into every game hoping to win. That said, just because we're looking to win doesn't mean that we shouldn't give some of the younger players a chance," he told reporters ahead of the third game. Malinga got a fitting farewell in the first ODI, which Sri Lanka won by 91 runs. In the second game, the other bowlers did not let the absence of Malinga bother them and delivered a strong performance that restricted Bangladesh to 238/8: a total the Lankan batsmen were able to chase with more than five overs to spare. The skipper now believes that it is up to the younger players to make most of the chances they get and start preparing for the next ICC Men's Cricket World Cup.

"In the last match without Malinga, I think Nuwan [Pradeep], Lahiru Kumara and all the guys, they bowled really well. That's what we want, once the seniors leave the rest of the guys have to take their responsibility and do the job. I think we were in the right track, we built some confidence step by step," said Karunaratne.

"Definitely there will be some chances for the youngsters. When the series started I said that we needed to give young players some chances in order to get them properly prepared for the next World Cup. As such, we're going to be looking at how best to include them, while at the same time keeping in place the best combination to win the match. There won't be a lot of changes, but I expect there will be two or three," he added.

Just because we're looking to win doesn't mean that we shouldn't give some of the younger players a chance.

Karunaratne was also lavish in his praise for coach Chandika Hathurusingha, who also coached the Bangladesh team before joining the Sri Lankan set-up. "He [Hathurusingha] has always done a great job for us. He obviously knows a lot of the Bangladesh players, so when we discuss strategy he of course offers his insight.

"That has helped, but I think we also played really good cricket in the last few days, that has been the main thing. Anyone can give a plan but we still have to execute it well, so I think [the players] did their jobs," he said.

Sri Lanka will take on Bangladesh in the final ODI on Wednesday, 31 July, in Colombo.