We know he will come good: Langer backs out-of-form Finch

We know he will come good: Langer backs out-of-form Finch

Finch has endured an ordinary run across formats, particularly since his elevation to Test cricket last October. His returns of 5, 41, 11, 6, 6, 14 in his last five ODIs, and 0, 8 in the two T20Is against India, have raised concerns. But Langer said "care and support" was important. "He's such a good player, such a good person, captain of the team, we know he'll come good," said Langer after Australia sealed a 2-0 in the T20Is. "We've just got to keep giving him plenty of care and support. We know he'll come good. There's no more destructive player in the world – we talk about Maxy (Glenn Maxwell), Marcus Stoinis, a number of our players who can be so destructive – but when he's going, he is as destructive as a player as there is in white-ball cricket." Langer, in fact, called for patience. "We know he'll come good and we'll be patient with him," he said. "Another important part about leadership is that he's really consistent. "We haven't see any real change in his personality or his attitude around the group, so that's a real credit to him. That's why he is the captain of the team." The series win in India makes for a tremendous boost to Finch's captaincy. It would not have been possible, however, without Maxwell's sublime half-century and century in the two matches. Maxwell hit an unbeaten 113 off just 55 balls in the second T20I in Bengaluru to help Australia ease past India's 190/4. This, after scoring a fine 56 in Visakhapatnam in the first game, helped the visitors seal a low-scoring thriller. The 30-year-old batted at No.4 in the T20Is, but bats lower down the order in ODIs, occupying the No.6 or No.7 slots and playing the role of the finisher. Despite his belligerent form, Langer ruled out pushing him up the order. 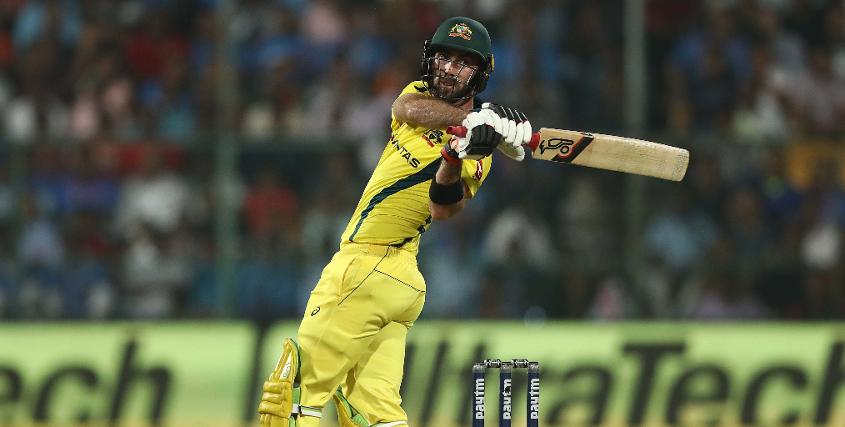 Glenn Maxwell blasted his third T20I hundred - an Australian record
"He'll be the first to say it, that's what we've been crying out for some time from him," said Langer. "It just goes to show what he can do. When he does things like that, he elevates himself to a world-class performer. "He wants that, we want that, and the more he becomes a world-class performer, the more games we win and the more he gets recognised as a great player." The ODI series begins with the first match on Saturday, 2 March in Hyderabad.