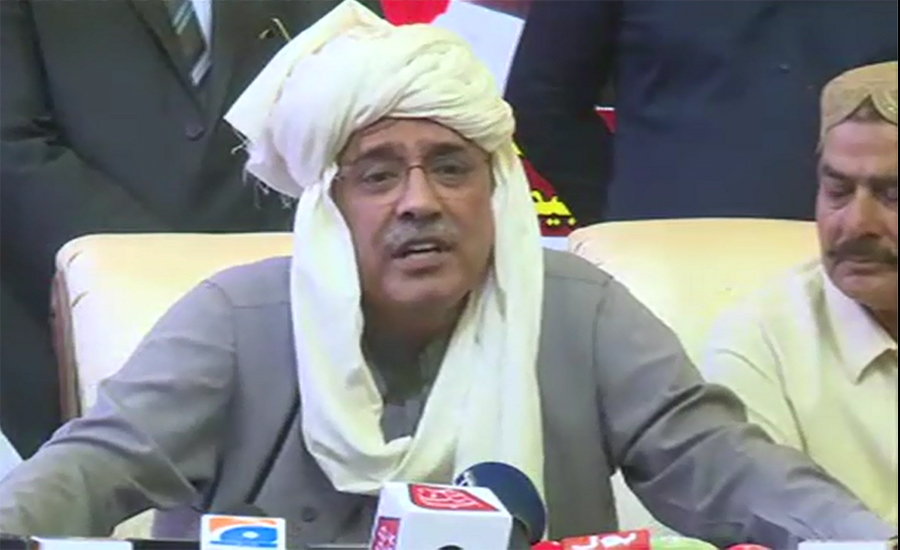 TANDO ALLAHYAR (92 News) – PPP co-chairman Asif Ali Zardari has said that his party wants to strengthen democracy. Talking to journalists on Tuesday, he said that conditions in the country are very complex. “Some people want to dismantle the system. We will continue to fight for democracy till last drop of blood,” he maintained. The PPP co-chairman said that non-serious prime minister has no political thought and he will not be able to control the situation. “Before the elections, I had started that puppets will not work,” he said. He said that an effort is being made to blackmail the PPP. “Conspiracies were hatched against the PPP in the past, but our fight will continue,” he said. “We will check their cruelty and they should check our courage.” Asif Zardari said that Mian Nawaz Sharif was trapped in his own accountability law. He said that he could not say anything about the midterm elections.