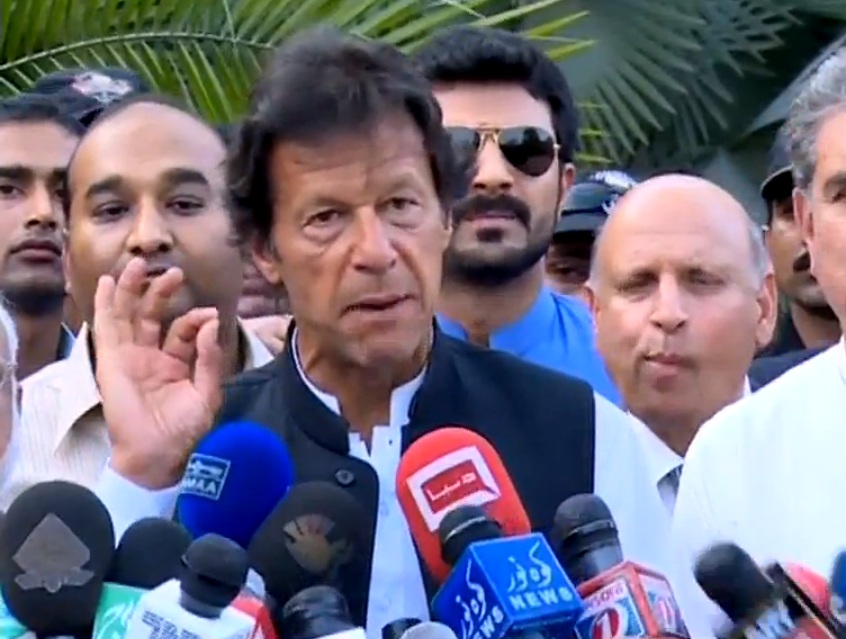 LAHORE (92 News) - Pakistan Tehreek-e-Insaf (PTI) chairman Imran Khan has said that they will take to the streets if the N-League backtracked on the Judicial Commission agreement. Talking to the media at Royal Palm Golf and Country Club on Friday, he said that talks had been going on with the government for the last three months. “We showed flexibility. Now the N-League wants to change the MoU after settling everything. It is my message that Nawaz Sharif should stand by the agreement.” About the Yemen war, the PTI chief said that anti-Islam forces wanted to create rifts among the Muslims. “It is pity that the Nawaz government has decided to participate in the Yemen war. “We have not learnt anything from the war on terror. One country is our neighbor while another is our friend.” He opined that participation in the Yemen war will foment sectarianism in Pakistan. To a question about the audio tape, Imran Khan said that he had not yet listened to it.