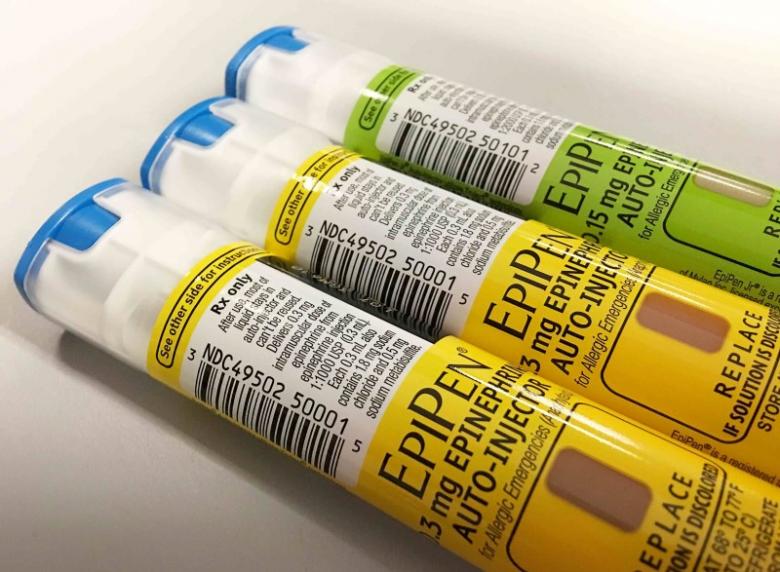 NEW YORK - New York City's comptroller criticized what he said are "exorbitant" price increases for Mylan NV's allergy auto-injector EpiPen and said weak board oversight of management decisions had undermined the company's reputation and its stock price. Scott Stringer said the price hikes, six times what the device cost when Mylan took it over in 2007, have prompted a public backlash and are partly responsible for a nearly 10 percent decline in Mylan's share price in the past month alone. Stringer manages about $163 billion in pension funds for the city, including 1,059,357 shares of Mylan common stock worth about $45 million, he said. "Mylan's gross mismanagement of its EpiPen pricing strategy exacerbates the company's protracted history of weak board oversight," Stringer said in a letter to Douglas Leech, a Mylan board member who is chairman of its nominating and governance committee. Mylan, whose tax address is in the Netherlands but with corporate headquarters in Canonsburg, Pennsylvania, has raised the US price of EpiPen from less than $100 when it acquired the product to more than $600. Amid an outcry by parents, consumer groups and US politicians, the company on Monday said it will soon launch the first generic version of the device for $300, half the list price of its branded product. The EpiPen jabs a dose of the drug epinephrine into the thigh to counter dangerous allergic reactions such as to peanuts, food allergies and bee stings. Stringer said Mylan has failed to establish independent board leadership and noted the U.S. Securities and Exchange Commission is investigating alleged land dealings between the company and its lead independent director, Rodney Piatt. Mylan spokeswoman Nina Devlin, responding to Stringer's criticisms, said board members, including 10 independent directors, are highly qualified and vigilant. "The board has been actively engaged in overseeing the execution of Mylan's growth strategy over the past decade - a strategy which has brought hundreds of products to the market," Devlin said. -Reuters