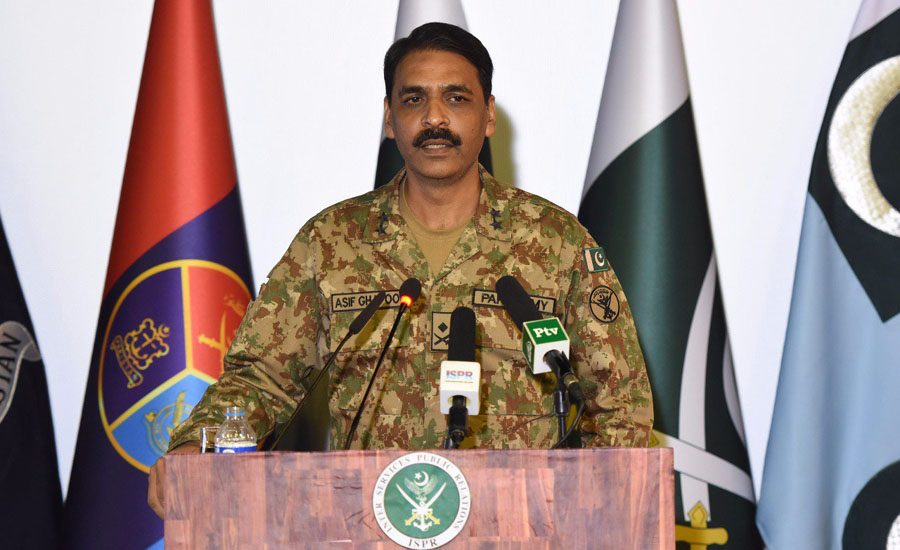 RAWALPINDI (92 News) – Inter-Services Public Relations (ISPR) Director General (DG) Major General Asif Ghafoor has on Thursday said that weakening army and judiciary would weaken the country. Talking to media, he said that neither the armed forces were clashing nor it wants clash, adding that the constitution gives freedom to express opinion but the constitution doesn’t allow humiliation of any institution. Weakening army and judiciary would weaken the country, he said. The ISPR DG said that it is responsibility of everyone to keep the constitution in its original form, adding that the selected clauses of the constitution shouldn’t be used for personal interest. “No personality is important than the institutions and no institution is bigger than the state,” he added. Maj Gen Asif Ghafoor went on to say that the armed forces have rendered sacrifices for the country’s peace and stability, adding that the extremists in Balochistan have taken advantage as the armed forces were fully concentrating on the operations in Federally Administered Tribal Areas (FATA) for the last three to four years. Commenting on the Faizabad sit-in by the religious parties’, he said that army would act upon whatever decision the government would make but said it is better to diffuse the situation through mutual understanding.