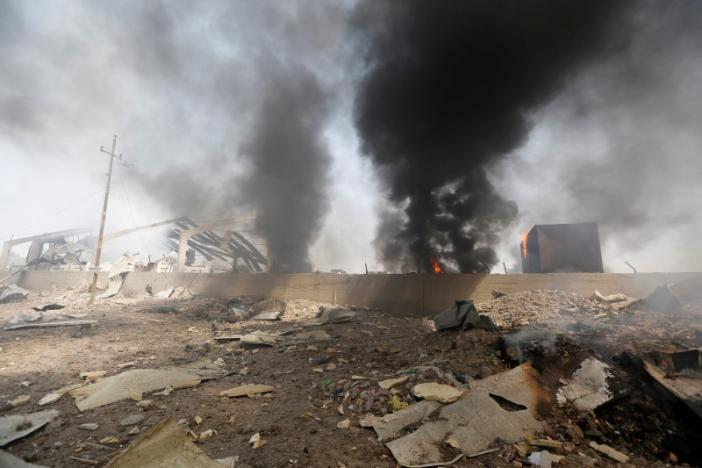 BAGHDAD - A blast caused by a fire at a weapons storage in eastern Baghdad on Friday set off rockets that hit neighboring districts, killing at least four residents and injuring a dozen others, police and hospital sources said. The storage belongs to one of the Shi'ite paramilitary groups of the Popular Mobilization Force (PMF), a police officer said. The PMF is a coalition of mostly Iranian-backed militias that are taking part in fighting Islamic State, the hardline Sunni group that overran swathes of northern and western Iraq two years ago. The rockets set off from the storage caused damage to houses, shops and cars at eight locations, and set a fire at a flour factory that was still burning two hours after it got hit, the police officer said. A column of smoke billowed over Obaidi, a Shi'ite neighborhood close the industrial zone where the storage is located, residents said.