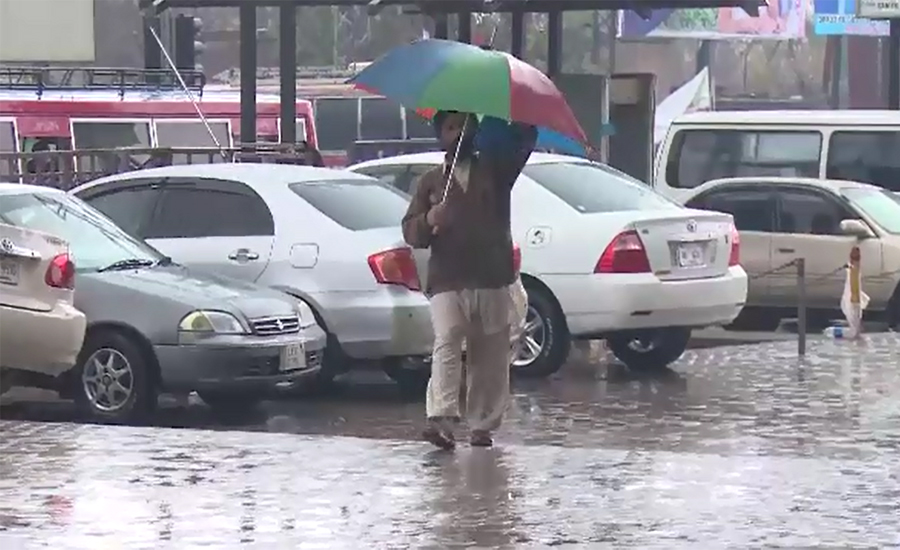 LAHORE (92 News) – Rain brought the mercury further down in different cities, including Karachi, Lahore and Rawalpindi, of the country on Monday. On the other hand, rain and snowfall is continuing with intervals in Murree. Snowfall blanketed Upper Dir, Lawari Top, Kumrat and Bin Shahi. According to the Met Office, a westerly wave is affecting western and upper parts of the country and likely to persist in next 24 hours. Rain-thunderstorm (with snow over the hills) is expected at scattered places in Rawalpindi, Gujranwala divisions, Islamabad, Kashmir and Gilgit-Baltistan, while at isolated places in upper KP (Malakand, Hazara, Mardan, Peshawar, Mardan divisions), Lahore, Sargodha, Faisalabad and  Sahiwal divisions. Snowfall over the hills is expected in Malakand division (Swat, Chitral, Kalam Malamjabba, upper Dir), Hazara division, Murree, Galliyat, Kashmir and Gilgit-Baltistan. On Tuesday, mainly cold and dry weather is expected in most parts of the country. However, rain-thunderstorm (with snow over hills) is expected at isolated places in Hazara, Rawalpindi, Gujranwala, Lahore divisions, Islamabad, Gilgit-Baltistan and Kashmir. Dense/shallow foggy conditions are likely to prevail in few central and southern parts of Punjab.