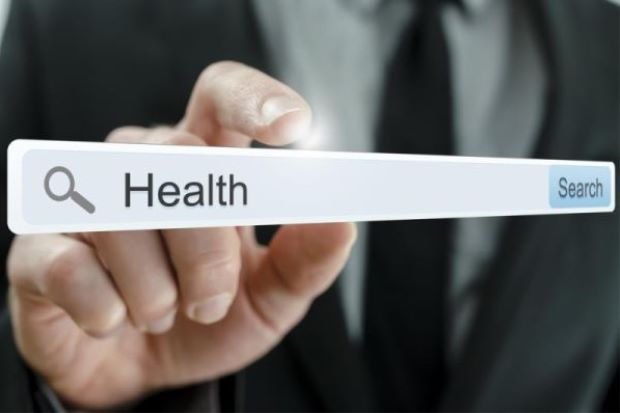 GEELONG - Internet search data might someday help estimate the prevalence of non-communicable diseases like stroke, heart disease or cancer, a new study suggests. Web searches are often linked with behavior, said Svetha Venkatesh, one of the study’s co-authors. For example, a trip to the gym may be predicted by a search for the gym’s hours, said Venkatesh, who directs the Center for Pattern Recognition and Data Analytics at Deakin University in Geelong, Australia. Or an order for food delivery might be predicted by a search for a food delivery company, Venkatesh added. “A diagnosis or (being) suspicious of heart problems is associated with searching for symptoms, side effects and so on,” Venkatesh said in an email to Reuters Health. Venkatesh and her coauthors used Google Trends to identify search terms for a one-year period and compared them to U.S. Centers for Disease Control (CDC) data on state-based prevalences of risk factors that can predict non-communicable disease, like exercise frequency, tobacco use, diagnosed high blood pressure, cardiovascular disease or diabetes. Search trends from the previous year, divided by state, were strongly tied to the CDC’s measured estimates of disease risk from population data, the authors wrote March 24 online in the Journal of Epidemiology and Community Health. In 2011, the web search model predicted that 11.2% of people in Alabama, 9.4% in New Jersey and 8.1% in Nevada had diabetes. Measured values from the CDC for the same year were 11.8%, 8.8% and 10.3%, respectively. “These may provide a means to understand the response to changes in policy or other interventions in close to real time,” Venkatesh said. Getting data from search trends could allow for faster changes in healthcare policies and other interventions, instead of waiting for traditional data collection and processing, which can take up to three years, she said. The web search technique won’t replace hard data measurements, but does help support them at low additional cost, she said. A similar approach has been used to predict and track influenza on other occasions, she said. “I’m not surprised that they found an association between search behavior and chronic disease prevalence and it might have some value in predicting prevalence,” said Diane T. Finegood, who leads the Chronic Disease Systems Modeling Lab at Simon Fraser University in Burnaby, Canada. But, she believes, it may not yet have direct policy making applications. The prevalence of conditions like diabetes changes slowly, and any policy intervention would only have a notable impact far downstream, she said in an email to Reuters Health. Search behavior may be useful as a proxy for behavior change when it closely correlates with CDC measures, Finegood said. - Reuters