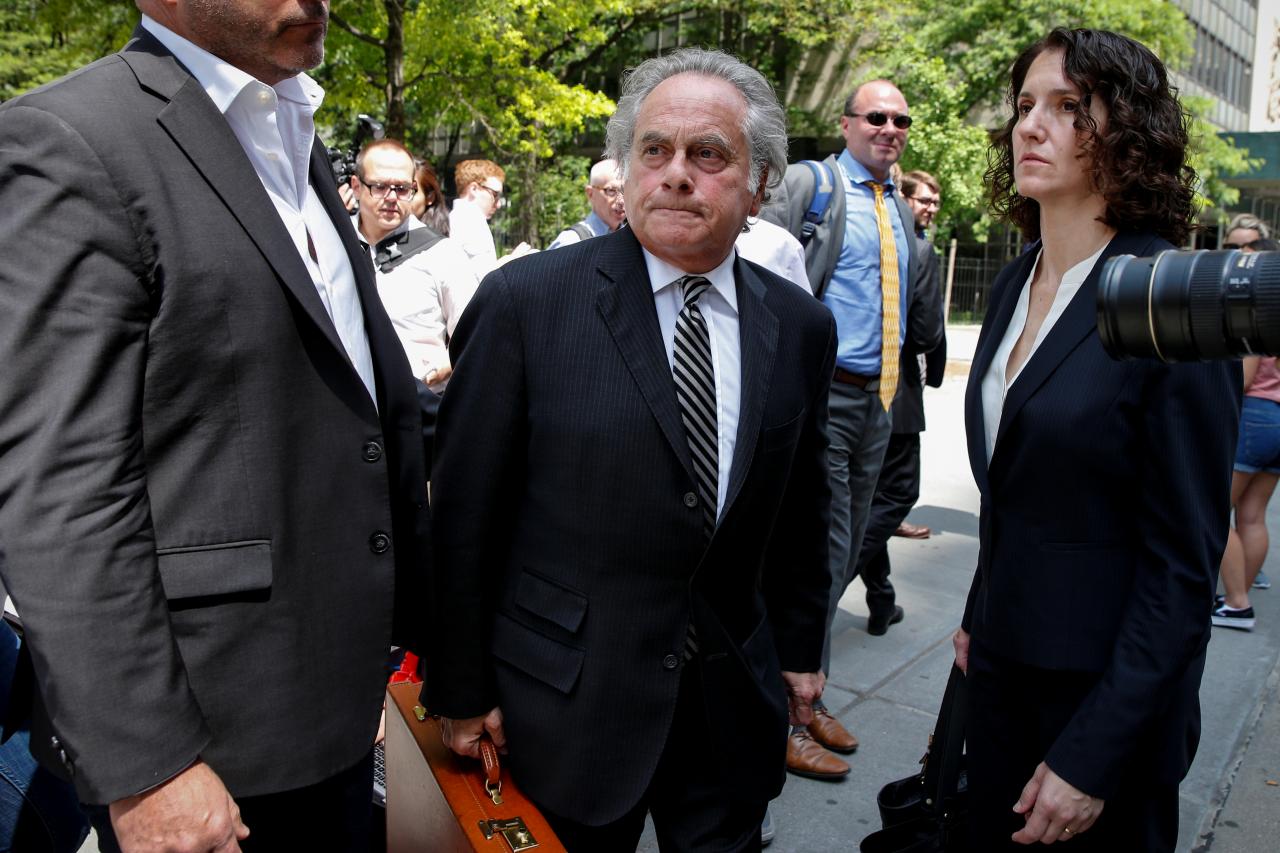 NEW YORK (Reuters) – The lawyer defending movie mogul Harvey Weinstein against rape charges said Tuesday he was concerned that publicity surrounding the case and inappropriate pressure on prosecutors could be unfair to his client. The lawyer, Benjamin Brafman, spoke to reporters after a closed-door proceeding before New York Supreme Court Justice James Burke in Manhattan, which he said he had requested to raise his concerns about the case. Brafman said he expected Weinstein would be exonerated of the charges, which he called absurd. Weinstein, who has been accused of sexual misconduct by more than 70 women, in some instances dating back decades, has denied having nonconsensual sex with anyone. Brafman said he could not discuss the substance of the proceeding in detail and did not say exactly what action, if any, he had asked the judge to take. Weinstein did not appear at the proceeding. “One of my concerns is that by virtue of some of the publicity that has occurred over the weekend, that the ability for people to keep an open mind is of concern to me,” Brafman told reporters outside the courthouse. “I also think that the pressure that is being brought to bear on the (Manhattan) District Attorney’s office demanding that an indictment or prosecution of Mr. Weinstein proceed is inappropriate pressure,” he added. Brafman did not elaborate on the source of the “pressure.” “I’m not certain whether there is any remedy but I wanted to make it clear that I was not happy with those issues,” he said. The District Attorney’s office declined to comment. Brafman said Tuesday that Weinstein was accused of raping one woman, and that he had a 10-year consensual affair with her both before and after the alleged rape.