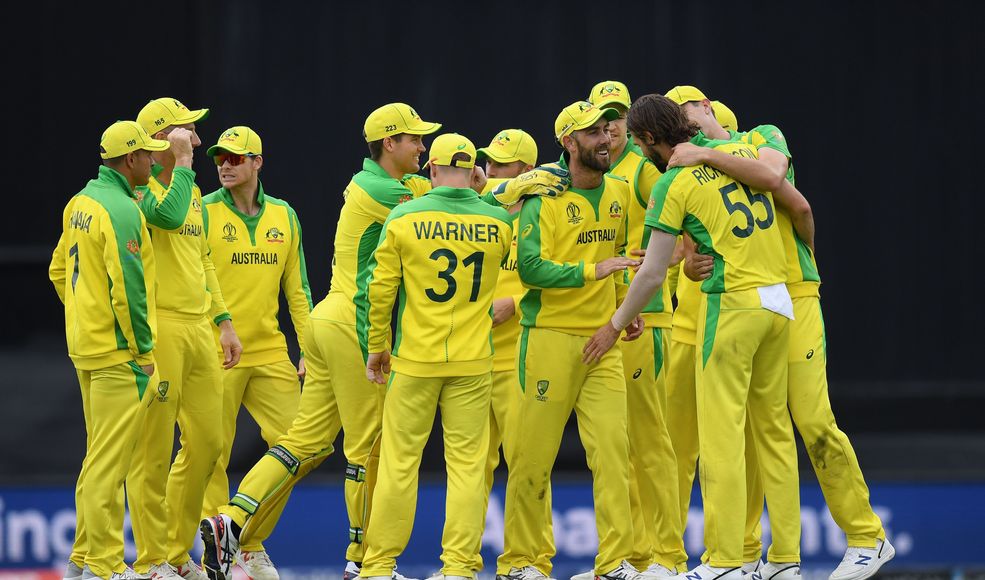 LONDON (92 News) - Australia's assistant coach Brad Haddin believes that the team is yet to find its best combination at the ICC Men's Cricket World Cup 2019, despite being placed at the top of the points table.
Australia have won four of their five games in the tournament so far, with their only loss coming against India at The Oval. While skipper Aaron Finch and David Warner have consistently given them good starts, Mitchell Starc, their strike bowler, has been in prime form, with 13 wickets to his name. However, the injury to Marcus Stoinis, who suffered a side strain in the match against India, has affected the team balance to a certain extent, especially on the bowling front, and Haddin said that the team is still trying to put together a well-settled unit.
"At the moment, we're still trying to find that best XI," Haddin said. "Marcus has thrown a spanner into everything there with his injury and how important an allrounder he is. We're still trying to find what best works for us. Come later in the tournament, we'll start to understand what the conditions are like a lot better and what is our best XI." One of the side effects of Australia not having figured out their combination is that Usman Khawaja, who came into the tournament on the back of a mountain of runs, hasn't been able to replicate that form, crossing 20 only once in five innings, as Australia have shuffled him around the batting order to maintain a left-right combination. Haddin, however, insisted that the team is happy with the role the left-hander is playing.

"He's been okay with it - he's a class act. We're pretty happy with where he's at - he's just got to bat the situation, and No.3 is not uncommon to him. He's played most of his career at No.3 in state cricket and Test cricket. "Before, he could go out and set the pace of the innings, and now, the innings is dictating the role he needs to play. He’s had little cameos throughout. We’re pretty happy with where he’s at. He’s just got to bat (according to) the situation."

Good to see injured allrounder Marcus Stoinis getting some running in before today’s #CWC19 game pic.twitter.com/x1PKqiCoQ3

As for Stoinis, the all-rounder had a bowl at the nets at Trent Bridge on Monday, 17 June. There is still no clarity on when he can return, and Mitchell Marsh has been roped in as cover, but Alex Carey, the wicket-keeper batsman, sounded optimistic about Stoinis making a comeback soon. "He had a light bowl today, and he'll have a better run around tomorrow at the main session," Carey said. "Mitch Marsh is here as well, ready to go, and in really good condition. Hopefully, Marcus gets up. It's such an important role, and he's done such a great job for Australia over the past 12-18 months as well."