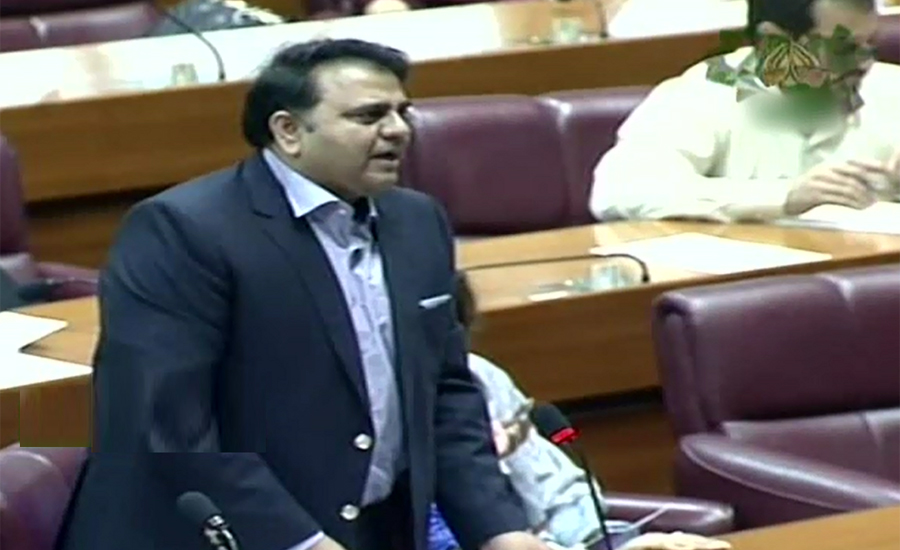 ISLAMABAD (92 News) – Federal Minister for Information and Broadcasting Fawad Ch said that Maulana Fazlur Rahman sees stars in the day and Israeli jets at night. Speaking in the National Assembly on Tuesday, he said that the opposition is seeking an NRO, but the government is advising it not to weep. “Khurshid Shah had been part of the havoc played with the economy during the last decade,” he said. Fawad Ch said that those responsible for the destruction of the institutions cannot listen to truth. He claimed that Nawaz Sharif’s entire politics has ended and now he cannot enter the House. The minister said that the opposition had staged the walkout for their meeting. “The JUI had gone astray at the creation of Pakistan and had never adopted the right path. Nawaz Sharif and Fazalur Rahman were promoting the Indian agenda,” he said. Fawad Ch said that the JUI had never uttered a word on the Kashmir issue. Earlier talking to the media, he said that what the benefit of the election is if the prime minister cannot remove an inspector general of police. He said that bureaucracy is bound to implement the orders of the government. “It will not work if an IG or an officer ignores the orders of the prime minister or the chief minister,” he maintained. He said that the opposition is holding an APC to get an NRO. “Will Shehbaz Sharif summon a meeting in jail if we appoint him as Public Accounts Committee chairman?” he questioned.