What's need of Parliament; let’s hand over all responsibilities to CJ: Nawaz 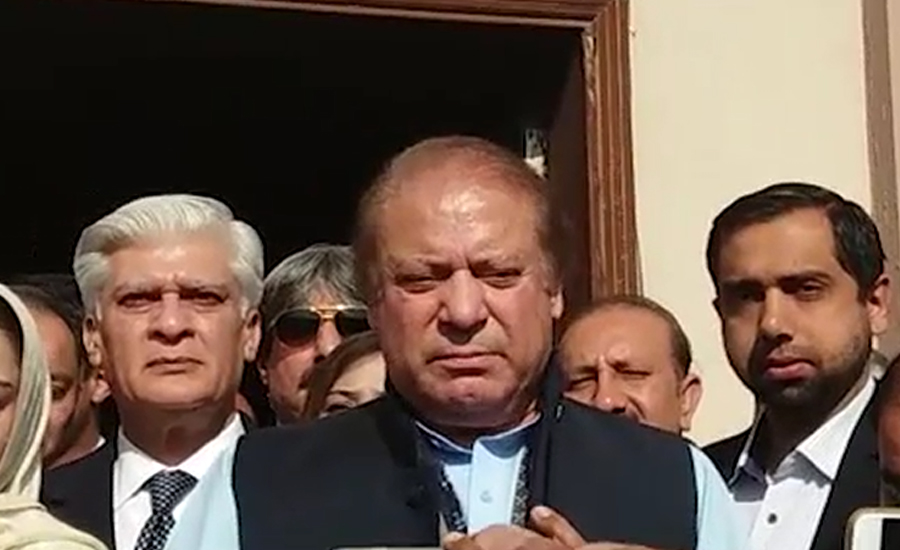 What's need of Parliament; let’s hand over all responsibilities to CJ: Nawaz

ISLAMABAD (92 News) – Former prime minister Nawaz Sharif has once again criticized Chief Justice Saqib Nisar, saying people are waiting for justice whereas quality of milk is being checked here. Talking to the media after appearing in the accountability court on Wednesday, he said that mockingly that all tasks should be assigned to the chief justice. Nawaz said that Pakistan People’s Party co-chairman Asif Ali Zardari is doing a shameful act. He said that there is a burden of 1.2 million pending cases on the shoulders of the chief justice. "What's the need of Parliament; lets hand over all responsibilities to the chief justice," Nawaz said mockingly. Nawaz said a suspicious person has been made the Senate chairman. He said there is no need to delay elections, adding that no doctrine of necessity will be accepted. The former prime minister said he is not being allowed to meet his ailing wife. “There was no loadshedding during my premiership,” he maintained.