When 007 met the Prince: Bond film set gets royal visit 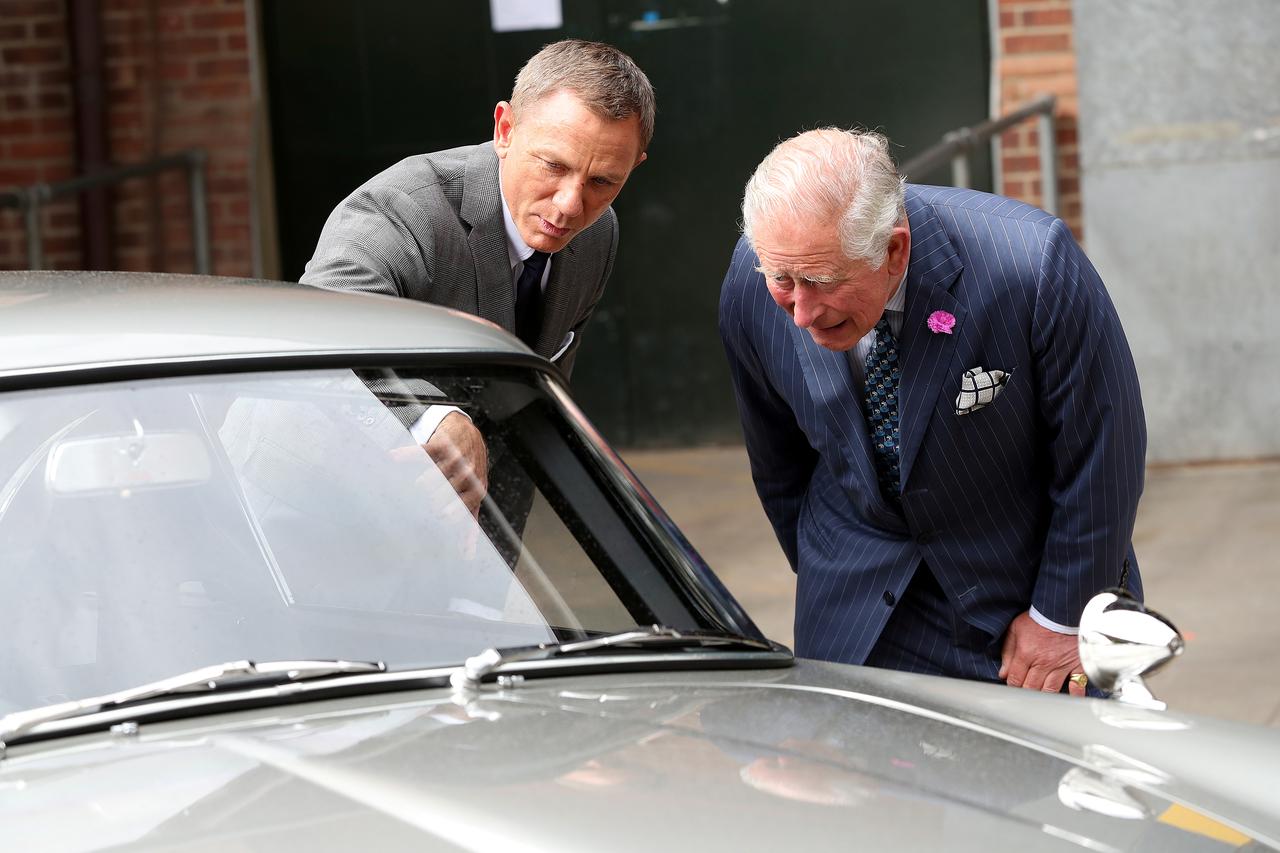 When 007 met the Prince: Bond film set gets royal visit

LONDON (Reuters) - James Bond received a royal visit on Thursday when Britain’s Prince Charles toured the set of the new 007 movie filming at Pinewood Studios outside London. Charles, 70, met actor Daniel Craig, who plays the fictional British secret agent for the fifth time in the “Bond 25” production, plus Ralph Fiennes and Naomie Harris, who portray secret service head “M” and secretary Moneypenny respectively. During the visit celebrating the franchise’s contribution to Britain’s film industry, Craig and Fiennes showed the heir to the British throne inside M’s office and he watched a scene being filmed on monitors. Craig also showed the royal two of Bond’s famed Aston Martin cars. Charles is a patron of both the British Film Institute and Britain’s intelligence services. Known under its working title “Bond 25”, the yet unnamed film, directed by American Cary Joji Fukunaga, is set for release in April 2020. Rami Malek, who won a best actor Oscar in February for his portrayal of late Queen singer Freddie Mercury in “Bohemian Rhapsody”, will play the international villain in the movie.

A 1965 Aston Martin DB5 outfitted with special gadgets for James Bond, such as tyre slashers, machine guns and a bulletproof shield, will go up for auction in August, the auction house announced.

The vehicle painted grey is expected to fetch between $4 million and $6 million, according to a statement from RM Sotheby’s.

The car was never seen in Bond films, but matches the one that “007” – the code number by which Bond was often known – drove in the movies “Goldfinger,” and “Thunderball.” The vehicle was commissioned by filmmaker Eon Productions and used at promotional events for “Thunderball” in the United States, the auction house said. It includes 13 modifications created for Bond, including a Browning .30 caliber machine gun in each fender, tyre slashers mounted on its wheel hubs and a bulletproof rear screen that can be raised and lowered. RM Sotheby’s said the Bond modifications had been “properly refurbished to function as originally built,” and has had three private owners over 50 years. The auction will take place on Aug. 15 in Monterey, California.