'When will it end?': How a changing virus is reshaping scientists’ views on COVID-19 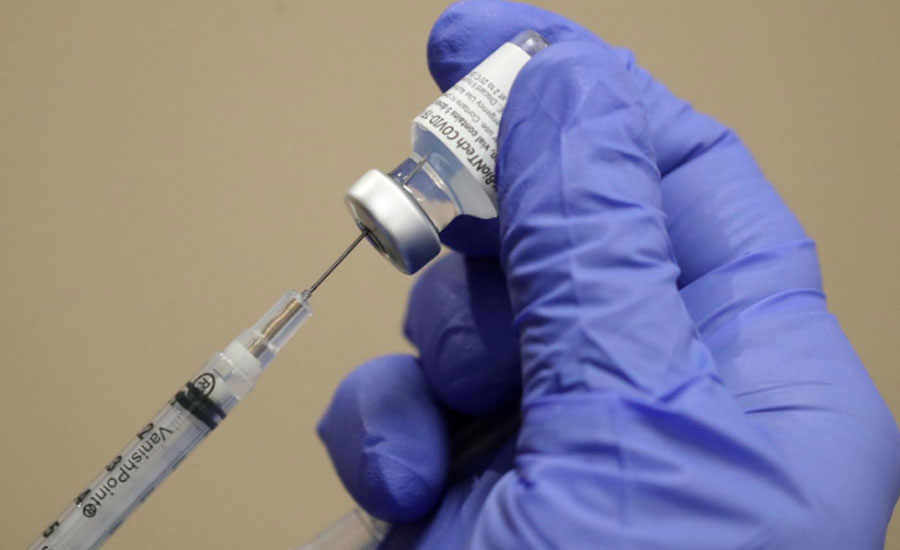 'When will it end?': How a changing virus is reshaping scientists’ views on COVID-19

CHICAGO (Reuters) - Chris Murray, a University of Washington disease expert whose projections on COVID-19 infections and deaths are closely followed worldwide, is changing his assumptions about the course of the pandemic.

Murray had until recently been hopeful that the discovery of several effective vaccines could help countries achieve herd immunity, or nearly eliminate transmission through a combination of inoculation and previous infection. But in the last month, data from a vaccine trial in South Africa showed not only that a rapidly-spreading coronavirus variant could dampen the effect of the vaccine, it could also evade natural immunity in people who had been previously infected.

“I couldn’t sleep” after seeing the data, Murray, director of the Seattle-based Institute for Health Metrics and Evaluation, told Reuters. “When will it end?” he asked himself, referring to the pandemic. He is currently updating his model to account for variants’ ability to escape natural immunity and expects to provide new projections as early as this week.

A new consensus is emerging among scientists, according to Reuters interviews with 18 specialists who closely track the pandemic or are working to curb its impact. Many described how the breakthrough late last year of two vaccines with around 95% efficacy against COVID-19 had initially sparked hope that the virus could be largely contained, similar to the way measles has been.

But, they say, data in recent weeks on new variants from South Africa and Brazil has undercut that optimism. They now believe that SARS-CoV-2 will not only remain with us as an endemic virus, continuing to circulate in communities, but will likely cause a significant burden of illness and death for years to come.

As a result, the scientists said, people could expect to continue to take measures such as routine mask-wearing and avoiding crowded places during COVID-19 surges, especially for people at high risk.

Even after vaccination, “I still would want to wear a mask if there was a variant out there,” Dr. Anthony Fauci, chief medical advisor to U.S. President Joe Biden, said in an interview. “All you need is one little flick of a variant (sparking) another surge, and there goes your prediction” about when life gets back to normal.

Some scientists, including Murray, acknowledge that the outlook could improve. The new vaccines, which have been developed at record speed, still appear to prevent hospitalizations and death even when new variants are the cause of infection. Many vaccine developers are working on booster shots and new inoculations that could preserve a high level of efficacy against the variants. And, scientists say there is still much to be learned about the immune system’s ability to combat the virus.

Already, COVID-19 infection rates have declined in many countries since the start of 2021, with some dramatic reductions in severe illness and hospitalizations among the first groups of people to be vaccinated.

Murray said if the South African variant, or similar mutants, continue to spread rapidly, the number of COVID-19 cases resulting in hospitalization or death this coming winter could be four times higher than the flu. The rough estimate assumes a 65% effective vaccine given to half of a country’s population. In a worst-case scenario, that could represent as many as 200,000 U.S. deaths related to COVID-19 over the winter period, based on federal government estimates of annual flu fatalities.

His institute’s current forecast, which runs to June 1, assumes there will be an additional 62,000 U.S. deaths and 690,000 global deaths from COVID-19 by that point. The model includes assumptions about vaccination rates as well as the transmissibility of the South African and Brazilian variants.

The shift in thinking among scientists has influenced more cautious government statements about when the pandemic will end. Britain last week said it expects a slow emergence from one of the world’s strictest lockdowns, despite having one of the fastest vaccination drives.

U.S. government predictions of a return to a more normal lifestyle have been repeatedly pushed back, most recently from late summer to Christmas, and then to March 2022. Israel issues “Green Pass” immunity documents to people who have recovered from COVID-19 or been vaccinated, allowing them back into hotels or theaters. The documents are only valid for six months because it’s not clear how long immunity will last.

“What does it mean to be past the emergency phase of this pandemic?,” said Stefan Baral, an epidemiologist at the Johns Hopkins School of Public Health. While some experts have asked whether countries could completely eradicate any case of COVID-19 through vaccines and stringent lockdowns, Baral sees the goals as more modest, but still meaningful. “In my mind, it’s that hospitals aren’t full, the ICUs aren’t full, and people aren’t tragically passing,” he said.

From the beginning, the new coronavirus has been a moving target.

Early in the pandemic, leading scientists warned that the virus could become endemic and “may never go away,” including Dr. Michael Ryan, head of the World Health Organization’s emergencies programme.

Yet they had much to learn, including whether it would be possible to develop a vaccine against the virus and how quickly it would mutate. Would it be more like measles, which can be kept almost entirely at bay in communities with high rates of inoculation, or flu, which infects millions globally each year?

For much of 2020, many scientists were surprised and reassured that the coronavirus had not changed significantly enough to become more transmissible, or deadly.

A major breakthrough came in November. Pfizer Inc and its German partner BioNTech SE as well as Moderna Inc said their vaccines were around 95% effective at preventing COVID-19 in clinical trials, an efficacy rate that is much higher than any flu shot.

At least a few of the scientists Reuters interviewed said even in the wake of those results, they hadn’t expected the vaccines to wipe out the virus. But many told Reuters that the data raised hope within the scientific community that it would be possible to virtually eliminate COVID-19, if only the world could be vaccinated quickly enough.

“We all felt quite optimistic before Christmas with those first vaccines,” said Azra Ghani, chair in infectious disease epidemiology at Imperial College London. “We didn’t necessarily expect such high-efficacy vaccines to be possible in that first generation.”

The optimism proved short-lived. In late December, the UK warned of a new, more transmissible variant that was quickly becoming the dominant form of the coronavirus in the country. Around the same time, researchers learned of the impact of the faster-spreading variants in South Africa and in Brazil.

Phil Dormitzer, a top vaccine scientist at Pfizer, told Reuters in November that the U.S. drugmaker’s vaccine success signaled the virus was “vulnerable to immunization” in what he called “a breakthrough for humanity.” By early January, he acknowledged the variants heralded “a new chapter” in which companies will have to constantly monitor for mutations that could dampen the effect of vaccines.

In late January, the impact on vaccines became even clearer. Novavax’s clinical trial data showed its vaccine was 89% effective in a UK trial, but just 50% effective at preventing COVID-19 in South Africa. That was followed a week later by data showing the AstraZeneca PLC vaccine offered only limited protection from mild disease against the South African variant.

The most recent change of heart was considerable, several of the scientists told Reuters. Shane Crotty, a virologist at the La Jolla Institute for Immunology in San Diego, described it as “scientific whiplash”: In December, he had believed it was plausible to achieve so-called “functional eradication” of the coronavirus, similar to measles.

Now, “getting as many people vaccinated as possible is still the same answer and the same path forward as it was on December 1 or January 1,” Crotty said, “but the expected outcome isn’t the same.”