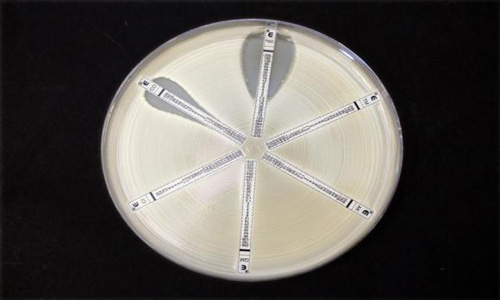 NEW YORK/LOS ANGELES - The White House is due to issue an ambitious plan to slow the growing and deadly problem of antibiotic resistance over the next five years, one that requires massive investments and policy changes from a broad array of U.S. government health agencies, according to a copy of the report reviewed by Reuters. The 60-page report is the first ever to tackle antibiotic resistance so broadly. It was compiled by a government task force led by the administration's top officials for health, agriculture and defense. A White House official confirmed that it would release the plan on Friday. Doctors and health experts have warned for decades that rising rates of resistant bacteria are leading to tens of thousands of deaths, threatening to nullify modern medical advancements. The goals include drastically reducing the rates of the most deadly "superbug" infections within five years, investing in new diagnostic tools and antibiotic drugs, and improving antibiotic use. Other tactics include surveillance and prescribing practices in livestock and hospitals and increasing international collaboration through foreign ministries of health and the World Health Organization. A broad-based approach is necessary, experts said, because overuse of antibiotics from hospitals to U.S. farms has created a problem that has quickly grown out of control. In January, the Obama administration proposed doubling the government's investment in antibiotic resistance to $1.2 billion. "We've never seen something this sweeping and comprehensive," Amanda Jezek, vice president for public policy and government relations at the Infectious Diseases Society of America, said in an interview with Reuters. IDSA has testified before Congress for years to pass laws and increase funding for antibiotic resistance, she added. The U.S. Centers for Disease Control and Prevention estimates that 2 million people are infected with resistant bacteria each year and 23,000 die, which experts say is a conservative estimate. Under the plan, the CDC will aim to reduce rates of the most deadly and widespread infections. That includes cutting Clostridium difficile infections by 50 percent, reducing carbapenem-resistant Enterobacteriaceae (CRE) infections by 60 percent and lowering Methicillin-resistant Staphylococcus aureus (MRSA) bloodstream infections by at least 50 percent. Hospitals will be required to implement programs to increase infection controls, such as judiciously washing hands, hospital surfaces and equipment, and reducing the use of antibiotics in patients. Doctors working with the government's Medicare and Medicaid health plans will be required to report their prescribing patterns for antibiotics, particularly when used to treat non-bacterial infections, such as common colds. The plan calls for CDC to increase its screening of people arriving from countries with high rates of multidrug resistant tuberculosis. The CDC currently screens 500,000 such arrivals per year, and the plan calls for doubling that within five years. Up to 70 percent of antibiotics sold in the United States are given to livestock and poultry, said Sujatha Jahagirdar, program director at consumer group U.S. PIRG Stop Antibiotics Overuse. Jahagirdar noted that the report's recommendations fall short of policies adopted by companies such as Chipotle Mexican Grill Inc, which seeks to buy completely antibiotic-free meats. McDonald's Corp recently announced plans to phase out purchases of chicken raised with antibiotics vital to fighting human infections. The plan recommends that the U.S. Food and Drug Administration and Department of Agriculture take further steps to curtail the use of medically important classes of antibiotics for growth promotion in animals raised for human consumption. It did not set a specific goal or say how the agencies will be held accountable. "President Obama gets an A for tackling this problem from multiple angles," said Jahagirdar. "But in terms of addressing the biggest problem, the troubling overuse and misuse of antibiotics on large factory farms, the administration gets an incomplete." The government hopes to help put two new antibiotic drugs on the shelves and fund development of a diagnostic tool that would quickly tell doctors whether patients have a bacterial or viral infection, which would improve prescribing. Because few new antibiotics have been developed in the past decade, hospitals have increasingly been forced to use colistin, a toxic antibiotic approved for use in the 1950s, as a drug of last resort. "This kicks everything up to another level," said Jezek of the Infectious Diseases Society of America, "which, given the severity of the threat, is absolutely necessary." - REUTERS