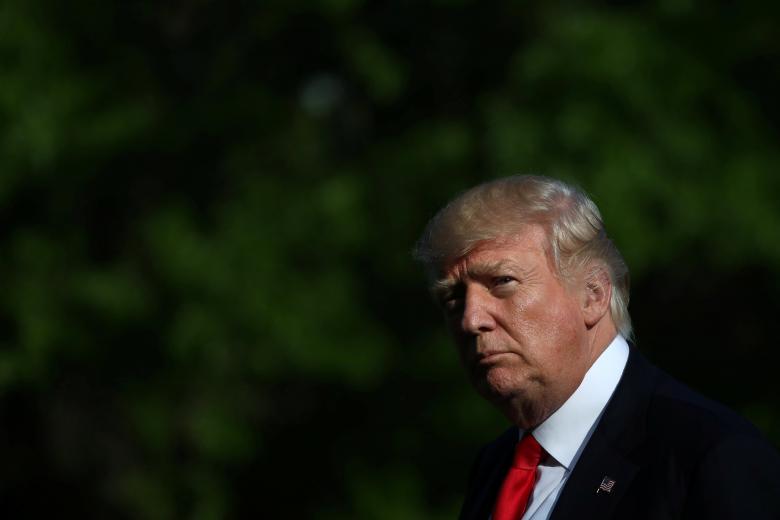 WASHINGTON - The White House defended President Donald Trump's decision to invite Philippines President Rodrigo Duterte to Washington, saying his cooperation was needed to counter North Korea, even as the administration faced human rights criticism for its overture to Manila.

Trump issued the invitation on Saturday night in what the White House said was a “very friendly” phone conversation with Duterte, who is accused by international human rights groups of supporting a campaign of extrajudicial killings of drug suspects in the Philippines.

“There is nothing right now facing this country and facing the region that is a bigger threat than what’s happening in North Korea,” White House chief of staff Reince Priebus told ABC’s “This Week” during a weekend in which Trump sought to firm up support in Southeast Asia to help rein in North Korea’s nuclear and missile programs.

Priebus insisted the outreach to Duterte “doesn't mean that human rights don't matter, but what it does mean is that the issues facing us developing out of North Korea are so serious that we need cooperation at some level with as many partners in the area as we can get to make sure we have our ducks in a row.”

The invitation for Duterte to the visit White House at an unspecified date appeared to be the latest example of the affinity Trump has shown for some foreign leaders with shaky human rights or autocratic reputations.

For instance, he expressed admiration for Russian President Vladimir Putin during the 2016 presidential campaign, hosted Egyptian President Abdel Fattah al-Sisi at the White House and has had warm words for Chinese President Xi Jinping, who Trump is pressing to do more to rein in its ally and neighbour North Korea.

“Celebrating a man who boasts of killing his own citizens and inviting him to the White House, while remaining silent on his disgusting human rights record, sends a terrifying message,” said John Sifton, the Asia director of Human Rights Watch.

“By effectively endorsing Duterte's murderous ‘war on drugs’, Trump has made himself morally complicit in future killings,” he said.

A Trump administration official insisted, however, that the invitation was not a reward to Duterte or an endorsement of his policies but a decision that engagement with the Philippines, an important longtime U.S. ally, was better than withdrawal which could “intensify bad behaviour” by Duterte.

“It’s not a ‘thank you’,” the official said, speaking on condition of anonymity. “It’s a meeting.”

The official denied a New York Times report citing administration officials saying the State Department and the National Security Council were caught off-guard by the invitation to Duterte and were expected to object internally. "We were not surprised. The guys who prepared for the call were unified on this," the official said.

'ON THE SAME PAGE' ON NORTH KOREA

Priebus made clear that North Korea was the top priority. “If we don’t have all of our folks together — whether they’re good folks, bad folks, people we wish would do better in their country, doesn’t matter, we’ve got to be on the same page” on North Korea, Priebus said.

But taking a swipe at Trump for his invitation to Duterte, Democratic US Senator Chris Murphy tweeted: “We are watching in real time as the American human rights bully pulpit disintegrates into ash."

Thousands of Filipinos have been killed since Duterte unleashed his fierce anti-drugs campaign nearly 10 months ago. Police say they have killed only in self-defence, and the deaths of other drug dealers and users was down to vigilantes or narcotics gangs silencing potential witnesses.

Duterte was infuriated by the Obama administration's expressions of concern about extrajudicial killings after he took office last year and threatened to sever the long-standing US defence alliance.

Duterte spoke positively about Trump, a fellow populist, after the US presidential election in November, and the new administration has sought ways to mend the alliance.

In a summary of Saturday’s phone call between the two leaders, the White House said the two discussed “the fact that the Philippine government is fighting very hard to rid its country of drugs, a scourge that affects many countries throughout the world.” The White House statement included no criticism of Duterte’s methods. -Reuters