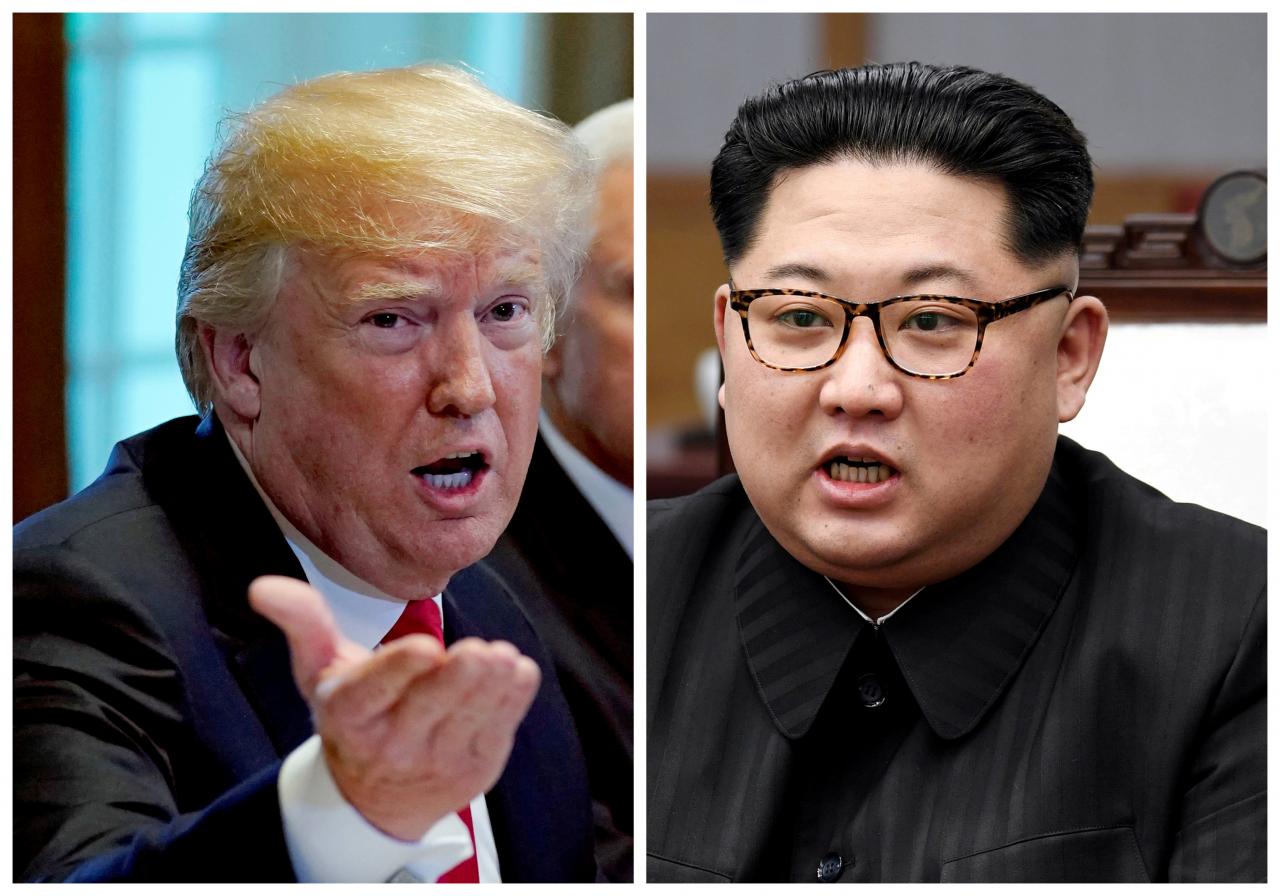 WASHINGTON (Reuters) - The White House said its policy of tough sanctions on North Korea has not changed, days after US President Donald Trump said he no longer wanted to use the phrase “maximum pressure” to describe the campaign to press North Korea to give up its nuclear weapons. After meeting a senior official from Pyongyang at the White House on Friday, Trump said North Korea was being more cooperative and that although sanctions would remain in place, he would hold off on imposing new ones. Trump said he didn’t want to use the term “maximum pressure” any more, because the two sides were “getting along.” Asked at a news briefing whether the “maximum pressure” campaign would continue, White House spokeswoman Sarah Sanders told reporters: “We have sanctions on, they are very powerful and we would not take those sanctions off unless North Korea denuclearised.” The Trump administration has credited its “maximum pressure” campaign, supported by the United Nations and major world powers, for helping bring North Korea to the table to negotiate giving up its nuclear weapons. Sanders said preparations for a summit between Trump and North Korean leader Kim Jong Un were going well, and the two are tentatively scheduled to meet at 9 a.m. Singapore time (1 a.m. GMT) on June 12. Trump said on Friday the summit he had cancelled the previous week was back on after he received the North Korean delegation bearing a letter from Kim. Asked about the contents of Kim’s letter, Sanders declined to “get into the specifics” but added “we feel like things are continuing to move forward and good progress has been made.” “The president has been receiving daily briefings on North Korea from his national security team,” she added. Top Senate Democrats told Trump not to make a deal that leaves North Korea with nuclear weapons, and threatened to maintain or toughen sanctions on Pyongyang if that condition is not met. Senate Democratic Leader Chuck Schumer and ranking Democrats from national security committees released a letter to Trump laying out demands for any pact, which they said must be permanent. They also urged him to lean hard on Kim’s ally China to ensure it “will do all it can to help secure an agreement and then insist on strict North Korean compliance with such an agreement.” Easing sanctions under a deal would likely need approval from Congress which has passed sanctions on North Korea. Since most legislation needs 60 votes to pass the 100-member Senate and Trump’s fellow Republicans hold only 51 seats, that would require Democratic support.