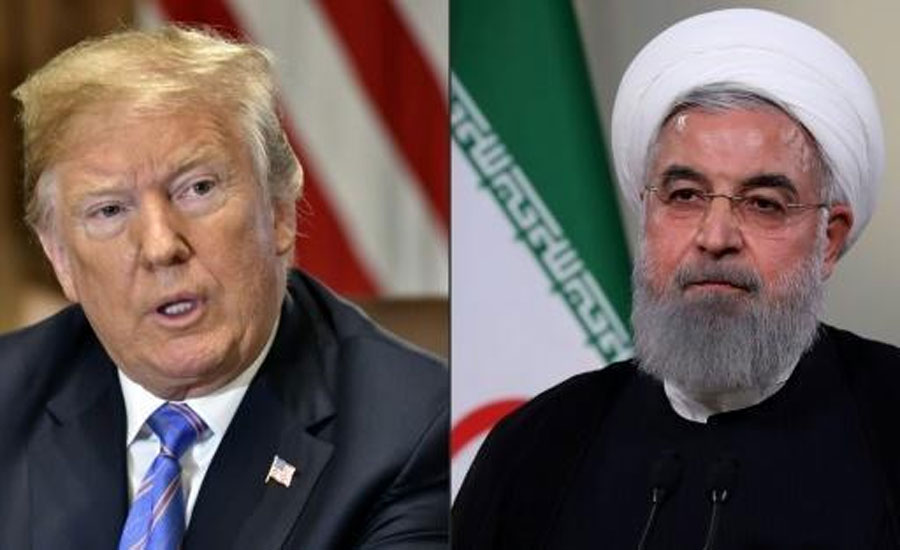 WASHINGTON - The White House said on Sunday President Donald Trump may still meet his Iranian counterpart Hassan Rouhani, despite the US accusing Iran of masterminding drone attacks on Saudi Arabian oil facilities. White House counselor Kellyanne Conway did not rule out the possibility in a television interview broadcast as Saudi Arabia raced to restart operations at oil plants hit by drone attacks that slashed its production.
Tehran-backed Huthi rebels in neighboring Yemen claimed Saturday's strikes on two plants owned by state giant Aramco, but US Secretary of State Mike Pompeo blamed Iran, saying there was no evidence the "unprecedented attack on the world's energy supply" was launched from Yemen. Conway told "Fox News Sunday" that Trump would "consider" following up on his suggestion of a meeting at the upcoming UN General Assembly session in New York, adding that "the conditions must always be right for this president to make a deal or take a meeting." Arch-foes Tehran and Washington have been at loggerheads since May last year when Trump withdrew from a 2015 nuclear deal and began reimposing punitive measures. Iran responded by scaling back its commitments to the multination accord, which gave it the promise of sanctions relief in return for curbs on its nuclear program. Analysts see hope for more compromise following the exit of Trump's hardline national security advisor John Bolton, the architect of a "maximum pressure" strategy to bring Iran into line.
Saturday's explosions set off fires that engulfed the Abqaiq plant, the world's largest oil processing facility, and nearby Khurais, which hosts a massive oil field. Conway said Trump's trade war with China, which has increased uncertainty and undermined the global economy, proved the benefits of having a businessman in the White House who was a patient dealmaker.
"He also knows that you don't sit down and meet with people unless you have all these other accoutrements around the relationship," Conway told Fox, "like the maximum pressure campaign, like pulling out of the Iranian nuclear deal, like the secretary of treasury and secretary of state just days ago from the White House announcing new sanctions." SOURCE: AFP