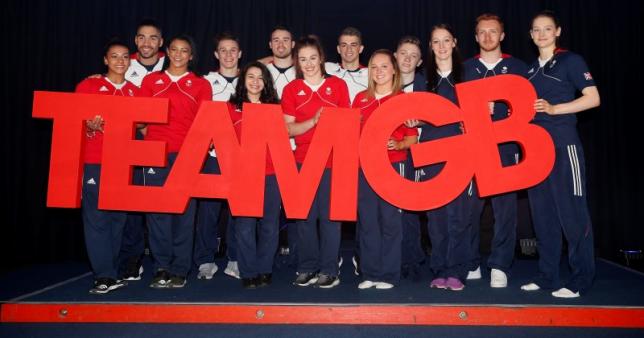 LONDON - When Max Whitlock ended Britain's 112-year hunt for a men's gymnastics champion at the 2015 world championships with his dynamic leg-work over the pommel horse, he had no idea that he would earn an unexpected bonus along with the gold medal. "I can walk sheep across my local town centre. I was awarded the freedom of the borough (after my win) and that’s one of the things you can do," the 23-year-old from Hertfordshire told Reuters in an interview in the run-up to the Rio Olympics. "Just need to get some sheep!" While acquiring a woolly flock is not high on Whitlock's priority list, what he really wants is to make sure Britain do not face another century-long wait before landing another gold medal at a major gymnastics competition. "It's a massive honour for me to be the first British man to win a world championship title. Britain have been close before and we’ve been gradually improving since 2012, closing the gap on the rest of the world," said Whitlock, who scooped two bronze medals at the 2012 Olympics. "We’ve got some amazing gymnasts in our team... and I don’t think it’ll be the last world title a British man wins in gymnastics." Whitlock is one of several British athletes who benefited from the extra cash injected into Olympic sports once London won the right to host the 2012 Games. That monetary boost, along with hours of dedication in the gym, propelled Whitlock and his band of British brothers to their first Olympic men's team medal at the London Games -- a bronze -- since 1912. Just when it seemed that everything was falling into place for a gymnast who had his eye on much bigger prizes, Whitlock suddenly discovered he had lost his powers of endurance. With less than 16 months to go till the Rio Olympics, he began to panic as he felt "completely drained" and "struggled to do anything over 30 seconds long". Hence when he discovered he had low-grade glandular fever, the diagnosis came as a relief as he knew that following a few weeks of rest, he could go back to the gym and regain his hand-eye co-ordination. Rather than treating the illness as a setback, the unscheduled break allowed him to gather his thoughts and he went back into training eager to "learn more skills" and "add higher difficulty" levels to some of his routines. That dedication came to fruition at last year's worlds in Glasgow. Britain, which included Whitlock along with three other survivors from 2012, climbed another step on the podium to silver. Only the Japanese men topped them while the once mighty Chinese team were left chasing shadows. Whitlock bagged another silver in the floor exercise before he whipped the crowd into a frenzy with his dynamic display on the pommel horse -- a performance which edged out team mate Louis Smith by 0.1 of a point. Hence Whitlock, who was forced out of the European championships in May with a viral illness, thinks it will be game on when they arrive in Rio for the Aug. 5-21 Games. "For the team, the potential is there to push for medals, especially considering recent results so hopefully we can do clean routines and be in with a chance in Rio," said Whitlock. -Reuters