WHO rejects call for Olympics to be moved due to Zika 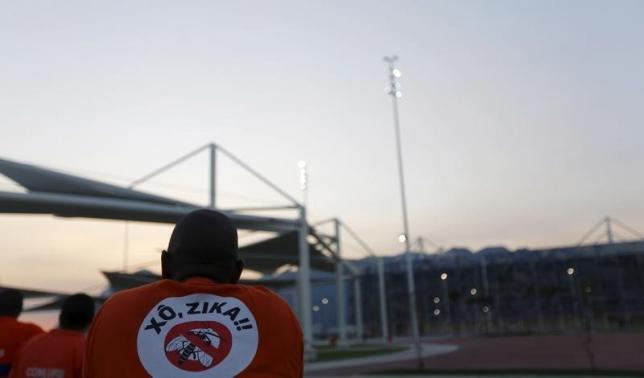 WHO rejects call for Olympics to be moved due to Zika

LONDON – The World Health Organization (WHO) on Saturday rejected a call for the Rio Olympic Games to be moved or postponed due to the threat posed by large outbreak of Zika virus in Brazil. Responding to a call from more than 100 leading scientists, who said it would be unethical for the Games to go ahead as scheduled, the United Nations health agency said having the Games in Rio as planned would "not significantly alter" the spread of Zika, which is linked to serious birth defects. "Based on the current assessment of Zika virus circulating in almost 60 countries globally and 39 in the Americas, there is no public health justification for postponing or cancelling the games," the WHO said in a statement. In an public letter posted online on Friday, around 150 leading public health experts, many of them bioethicists, said the risk of infection from the Zika virus is too high for the Games to go ahead safely. The letter was sent to Margaret Chan, the WHO's director-general, and said that the Games, due to be held in Rio de Janeiro in August, should be moved to another location or delayed. "An unnecessary risk is posed when 500,000 foreign tourists from all countries attend the Games, potentially acquire that strain, and return home to places where it can become endemic," the letter said. But the WHO rejected the call, saying Brazil "is one of almost 60 countries and territories" where Zika has been detected and that people continued to travel between these countries and territories for a variety of reasons. "The best way to reduce risk of disease is to follow public health travel advice," it said. The WHO's advice is that pregnant women should not travel to areas with ongoing Zika virus transmission, including Rio de Janeiro. It also advises everyone to make all efforts to protect against mosquito bites and to practice safe sex. Zika infection in pregnant women has been shown to be a cause of the birth defect microcephaly and other serious brain abnormalities in babies. The connection between Zika and microcephaly first came to light last fall in Brazil, which has confirmed more than 1,400 cases of microcephaly. –Reuters