Who will respect selected PM when elected is in jail: PML-N 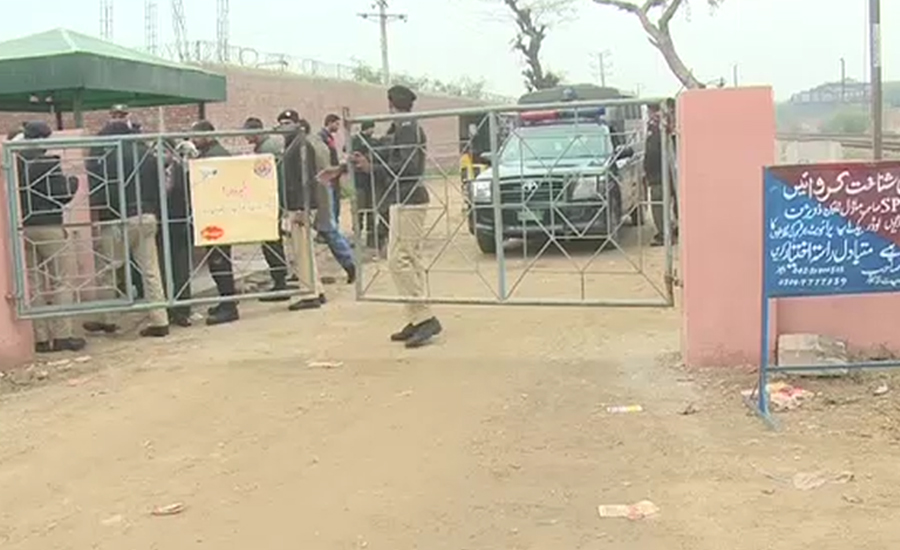 Who will respect selected PM when elected is in jail: PML-N

LAHORE (92 News) – Pakistan Muslim League-Nawaz (PML-N) leaders on Thursday strongly criticized the Pakistan Tehreek-e-Insaf (PTI) led government when they reached at Kotlakhpat jail to meet with former prime minister Nawaz Sharif. The Jail authorities has fixed Thursday as meeting day for visitors. he Pakistan Muslim League-N (PMLN) leaders including former National Assembly speaker Ayaz Sadiq, former prime minister Shahid Khaqan Abbasi, Asif Karmani and other leaders had reached in Kotlakhpat jail to meet their party supreme leader. Talking to the journalists, former Sindh governor Muhammad Zubair alleged that Prime Minister Imran Khan and his sister Aleema of legalizing their black money. He also said that they are snatching jobs from already appointed people instead of providing one billion jobs as per their promise. On the occasion, PML-N leader Talal Chaudhry said that who would give respect to the selected PM when elected prime minister is in jail. “This government will soon dissolve,” he predicted. Meanwhile, former law minister Rana Sanullah hoped to run public campaign to get rid of incumbent ruler. Former president Mamnoon Hussain had reached in Kotlakhpat jail to meet with imprisoned former premier Nawaz Sharif. On the occasion, while speaking to the journalists, the former president said that he came to meet with Sharif for expressing solidarity with him. “I am here to do my obligation of relation with him,” he said. To a question regarding health of former premier, he said that Nawaz Sharif is not well and the board of doctors has been constituted. “I was very active president and have done a lot of work during my tenure. But I never advertise my works,” he replies to the question of journalist about his performance. To another question about inflation, Mamnoon Hussain said that the country is facing economic crisis. “The country has never faced such an inflation in past. Imran Khan is not ruling the country in right direction,” he said. The former president advised the government to rectify the problem of economy; however the survival of the poor has become difficult in the difficult situation. He further said that millions of people have become unemployed. Mamnoon Hussain prayed from Almighty Allah for resolving the problem of country. He hoped the justice for Nawaz Sharif from God. Meanwhile, the PML-N supreme leader is serving a seven-year jail term after being convicted in a corruption case known as Al-Azizia reference.

Responding to the PML-N leaders, Punjab Minister for Information Fayyazul Chohan said that the public and society never give the repect neglected prime minister. He also said that all the members of disqualified N league gathered at Kotlakhpat jail. The minister said that they are all looted the money of country and included in ‘Loot Mar Association’. He mentioned that the PML-N came back into country through NRO National Reconciliation Ordinance (NRO) deal but now they will not get any NRO in this tenure. He also advised to Nawaz Sharif that he should give time to worship Almight Allah and returned the looted wealth of country.