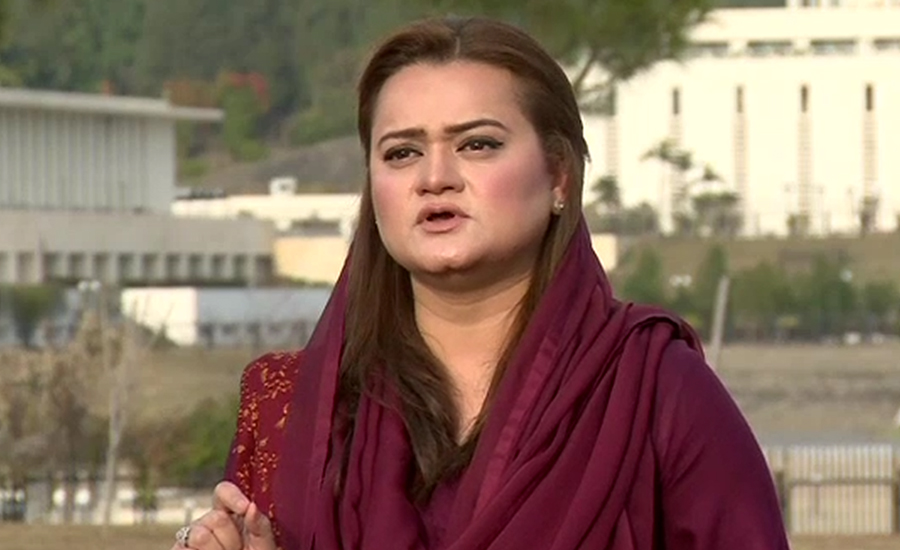 ISLAMABAD (92 News) – PML-N spokesperson Marriyum Aurangzeb said that Aleema Khan had sought the National Reconciliation Ordinance (NRO) and deal and dheel (concession) and as a result, the mother of deals was struck. Talking to the media on Saturday, she said that the prime minister will have to be arrested in the ‘benami’ property of Aleema Khan. “The selected PM will have to answer in the helicopter case. The NAB has to summon you and you will have to attend 150 hearings. Why is the NAB not arresting Jahangir Tareen and Imran Khan?” she questioned. Marriyum said that the opposition would not be intimidated by the government. “The PTI used to attack the parliament while remaining outside and now it attacks the parliament from inside,” she said. She said that it is a planned conspiracy to make the Public Accounts Committee controversial. “The country knows that Imran Khan is a selected prime minister. Whenever he will come to the parliament, he will have to listen to the slogans of the selected prime minister,” she added. The PML-N spokesperson said that the opposition will not get dictation from anyone. She said that the country knows that the prime minister is incompetent and for this reason, he is speaking the language of D Chowk. The PML-N spokesperson said that the government did not want to shift Nawaz Sharif to Punjab Institute of Cardiology.