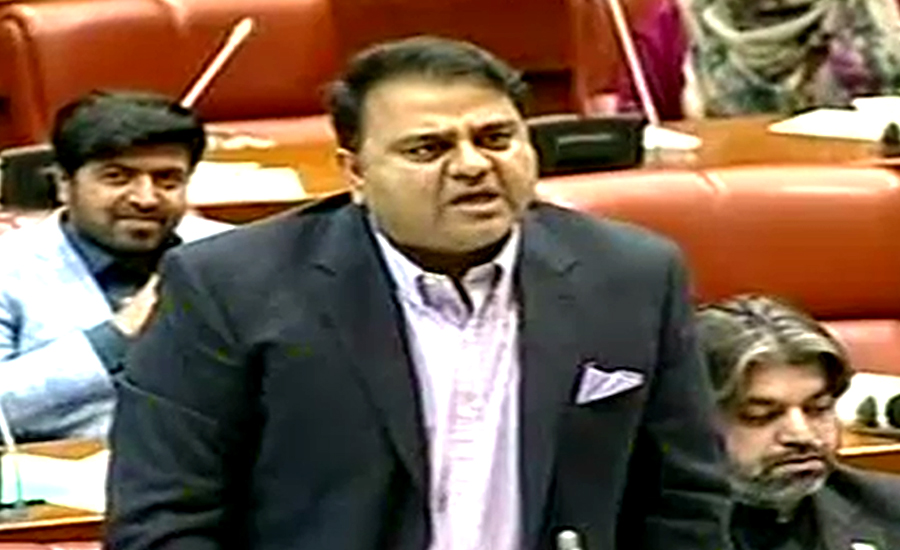 ISLAMABAD (92 News) – Ruckus marred another session of the Upper House of the parliament after Information Minister Fawad Chaudhry alleged the opposition for corruption. Speaking in the upper house, the minister asked why the opposition members started to protest in the session when corruption cases are discussed. He asked the Senate chairman to form a committee to review issues. Senate once again saw war of words and opposition walkout after Fawad Chaudhry continued attacks on opposition, saying that these people even did not spare land associated with Shrines of Sufi saints and grabbed these mercilessly. The info minister said Pakistan cannot move forward without accountability of corrupt elements. He said it has been found in initial probe that seven billion dollars were laundered abroad in last ten years. He said Pakistani community owns third largest properties in Dubai. He also said that the opposition reminded the decorum of the Upper House of the Parliament when the discussion started on corruption and fake accounts. He has urged the Senate chairman to form a committee of the House to probe economic terrorism carried out in Pakistan during the last ten years. He also demanded that Pakistan Muslim League-N Senator Mushahidullah Khan or his party apologise for impolite comments against Fawad and his family made on Monday in the House. During the speech, war of words exchanged between PkMAP senator Usman Kakar and Fawad Ch. Senate Chairman Sadiq Sanjrani intervened and more than once asked Fawad to not use “unparliamentary” language Sanjrani eventually turned off the mic of Fawad as opposition members started a walkout. Later, Mushahidullah and Fawad shook hands and called a truce.