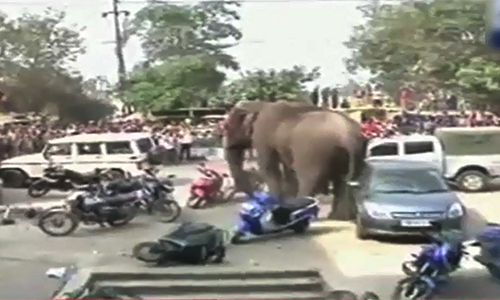 WEST BENGAL – A wild elephant went on a rampage in a village in West Bengal on Wednesday, damaging around 100 structures, villagers said.

Video taken in the village of Ektiasal showed the beast wandering around and knocking over flimsy huts.

The elephant strayed into the village early in the morning and woke up villagers with its roaring.

"The elephant entered from a nearby forest area. It has destroyed many houses and people are scared and helpless," villager Milan Saha said.

No injuries were reported.

Attacks by elephants have been on the rise in eastern India. Wildlife experts say the destruction of animal habitats in the country is one of the main reasons for the increase in encounters between wild animals and villagers in rural areas of India. –Reuters