KARACHI (92 News) – The Sindh Wildlife Department on Sunday seized seven crocodiles from a farmhouse in Karachi’s Steel Town. It is pertinent to mention here that on August 16, seven crocodiles fled from a farm house in Steel Town of Karachi after collapsing wall during rainfall. The owners of the crocodiles agreed to hand them over to the wildlife department because they didn’t have permission to keep them in the first place. There is no law allowing crocodiles to be kept in houses or farmhouses. The wildlife department had given the owners a warning and initiated an investigation. Their investigation has now been completed and the department decided to seize the animals. 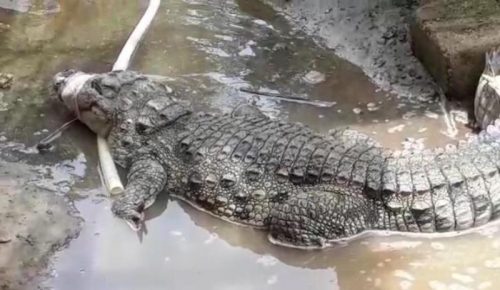 They have been sent to the wildlife department’s Sufi Anwar Safari Park in Ghotki where they will be kept in their natural habitat. 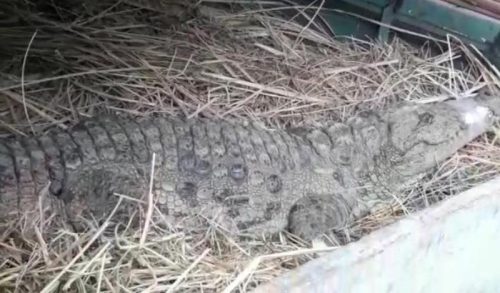 The seven crocodiles were between two and seven years old and all of them were over three feet long. Earlier, seven crocodiles fled from a farm house in Steel Town of Karachi after collapsing wall during rainfall. According to the reports, the farm house management called police and other concerned government departments for help after the incident to trace and return back the fleeing crocs. It was reported that police traced and captured five crocs with the help of the Wildlife department staff, while remaining two are still at large. “All crocodiles were present at the farm house. They fled from the animal home after a wall of the premises collapsed during rainfall this morning,” the farm house management told the police. The police officials said that two crocodiles are still untraced as rainwater standing at various places in the area after the rainfall. Police is still searching for two untraced crocs. Crocodiles and other animals are kept at several privately owned farm houses and Zoos across Karachi.