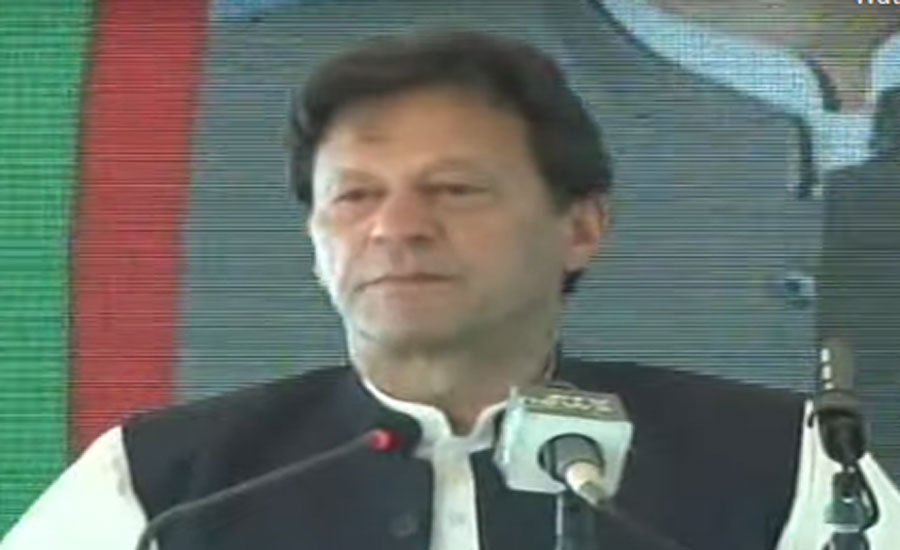 Addressing the inaugural ceremony in Peshawar today, the prime minister said that all the robbers are trying to get NRO and the law should be the same for everyone.

"I will bring all these robbers under the law. Those who fled to London to save corruption money will not survive for long, they will be brought back soon. At the end of five years, the health revolution will come first," he maintained.

PM Imran Khan has inaugurated low-cost family flats for labourers at Regi Lalma in Peshawar. He said his government is committed to facilitate lower segments of society as per vision of the State of Madinah.

He said no attention was paid to the poor class by successive regimes in past. He said PTI is the first government, which is focussing on the welfare of the opporessed and neglected people thorugh privison of health cards and housing facilities.

Talking about the construction work on Mohmand Dams, the Prime Minister said this reservoir will be completed by 2025 and it will irrigate 17,000 acres of land, provide 300 million gallon water to the residents of Peshawar and generate cheap electricity.

10 smaller, bigger dams to be constructed in country by 2028

Imran Khan said 10 smaller and bigger dams will be constructed in the country by 2028 to take care of electricity needs and food security of the country.