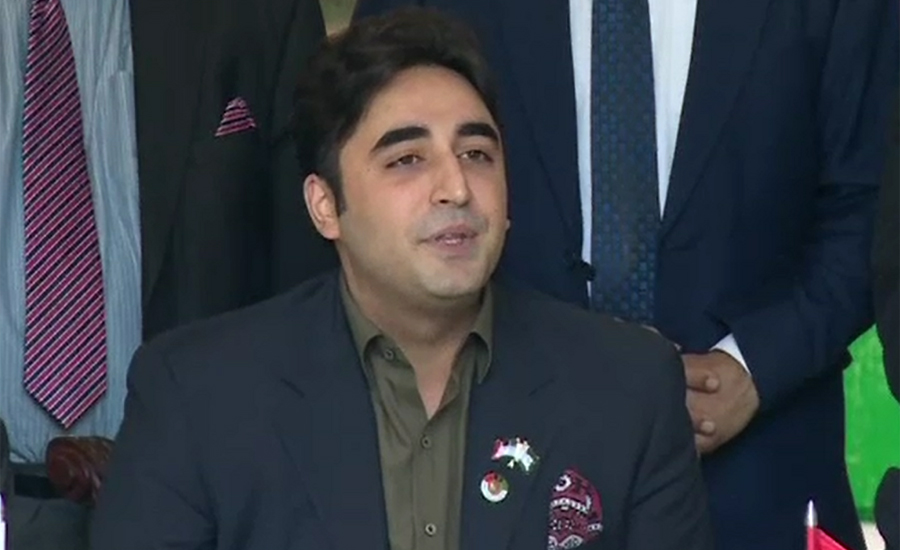 ISLAMABAD (92 News) – Pakistan People’s Party chairman Bilawal Bhutto Zardari has said that they will continue strengthening democracy in the country. Addressing the workers on the 50th Foundation Day of the PPP on Thursday, he said that the incidents occurred during the past few days are regrettable. He urged all forces to let democracy run in the country. The PPP chairman said that the government should complete its tenure. “We will strengthen economy and democracy.” He said that the sit-in issue should be presented before Judicial Committee. “We have to look into our mistakes and weaknesses.” Bilawal Bhutto announced that a party meeting will be held in Parade Ground, Islamabad on December 5. Maula Bukhsh Chandio said that the PML-N government had ended. “It is not destiny of the PML-N to adopt a dignified way,” he maintained.