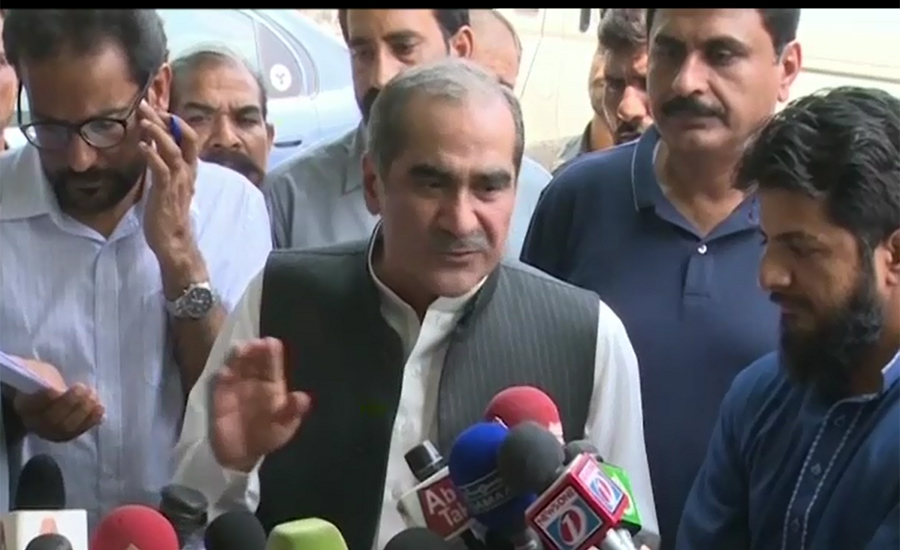 ISLAMABAD (92 News) – Minister for Railways Khawaja Saad Rafique has said that they will fight the political and legal battle over the Panama case.

Talking to the media outside the Supreme Court on Saturday, he said that the conspiracy was hatched abroad and someone else was winning in the infighting.

He said that they had appeared before the JIT despite having objections against it.

“The world is not digesting a powerful Pakistan,” he maintained.

The minister said that Nawaz Sharif wanted to take the country ahead, while Imran Khan was creating hurdles.