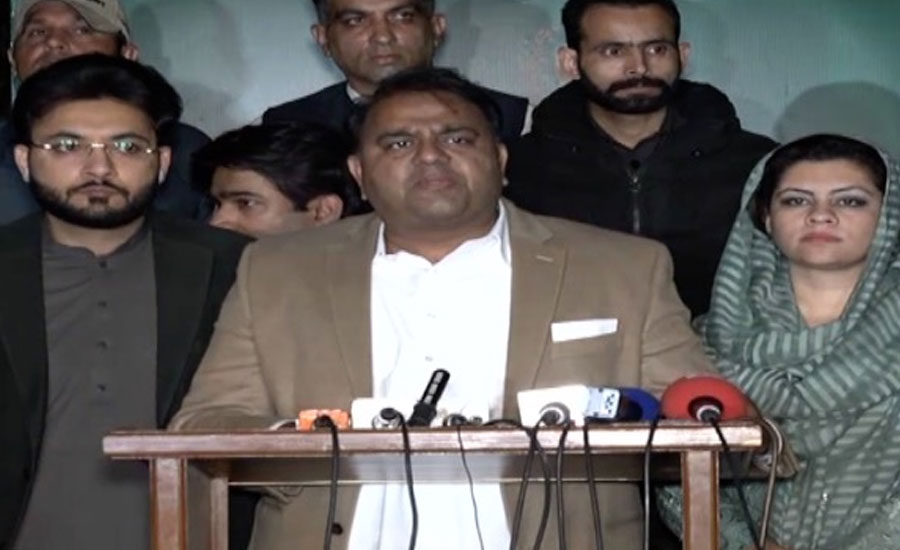 ISLAMABAD (92 News) – The PTI's federal ministers have decided to file a reference in the Election Commission of Pakistan (ECP), seeking Yousuf Raza Gillani’s disqualification as the candidate for the Senate seat from Islamabad.

Yousuf Raza Gilani should be disqualified for the Senate election, Fawad Chaudhry told the journalists in Islamabad Tuesday evening.

The remarks from the minister came shortly after a video of Gillani’s son, Ali Haider, went viral in which he was seen advising a PTI MNA on how to waste his vote in the Senate election. His father’s main rival in the March 3 election is PTI’s Abdul Hafeez Shaikh.

Ali Haider confirmed it was him in the video and said he was requesting the MNAs for their vote. “We have requested many of our old and new friends, who belong to the ruling party, for their votes,” Ali Haider said at a press conference. “As far as this video is concerned, I can state this on good authority that these MNAs belong to the PTI, they are my friends.”

He claimed that the MNAs told him they didn’t want to vote for PTI’s candidate Abdul Hafeez Shaikh and asked what they should do if the PTI leaders gave them printed ballots.

Ali Haider said he told them how to have their votes rejected if their party gave them already marked ballots.

Fawad Chaudhry, the federal minister, termed Ali Haider’s remarks “confession of guilt”. He said he expected the ECP to take notice of it.

In a statement, the ECP said it had taken notice of Ali Haider Gillani’s video and the matter would be investigated on merit.