Will kill or die, no one can stop Kashmir from independence: Rasheed 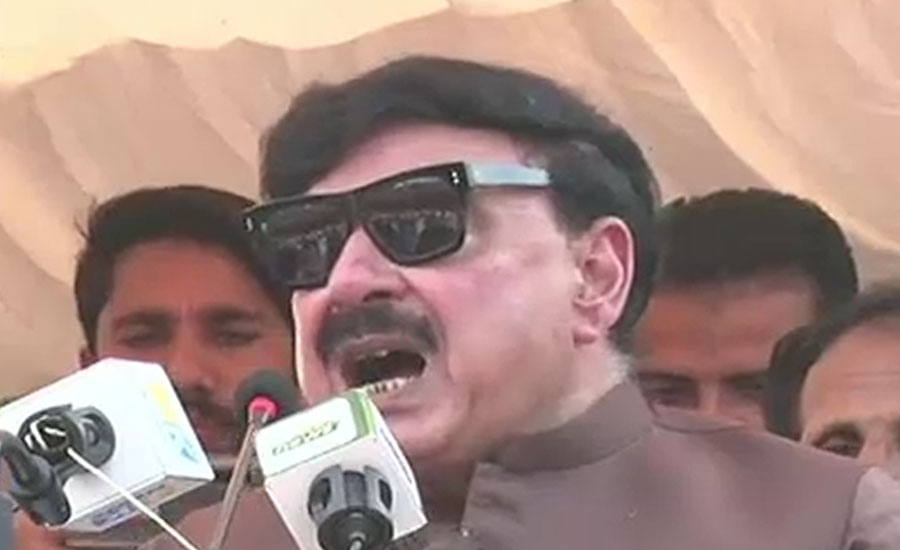 Will kill or die, no one can stop Kashmir from independence: Rasheed

LAHORE (92 News) – Federal Minister for Railways Sheikh Rasheed said on Sunday that entire nation has awakened, and no one can stop Kashmir form independence. Addressing a public rally at Bhimber near Line of Control (LoC), the minister said, “The entire nation has awakened we will kill or die.” “The US cannot be trusted and we can trust China’s friendship,” he mentioned.

Modi is following in footsteps of Hitler

Rasheed said Indian Prime Minister Narendra Modi is following in the footsteps of Hitler, who had destroyed his entire army as well as the nation. He said that discriminatory attitude was being adopted against Muslims in India. He regretted that all members of Kashmir leadership have been put in jails while Kashmiris have been suffering through miserable circumstances, since abrogation of Articles 370 and 35A of the Indian Constitution on August 5 through a rushed presidential decree. The minister further noted that 50 days have passed since imposition of stringent curfew by Indian authorities in the Himalayan valley with all communication services shutdown.

Urges UN to take notice of HR violation in IoK

PM to fight case of Kashmir at UNGA

“India has begun violating the International Law,” he pointed out, while adding that Prime Minister Imran Khan will deliver a historic speech at the 74th session of the United Nations General Assembly (UNGA) in New York. Sheikh Rasheed also said Prime Minister Imran Khan will fight the case of the oppressed people of the occupied Kashmir at the UN General Assembly session on Friday. He said Pakistan took the Kashmir issue to the UN Security Council (UNSC) after fifty two years which is a diplomatic win.

The Minister said Pakistan Army is ready to give a benefiting response to India if it resorts to any misadventure. He said the entire people of Pakistan and Azad Kashmir stand behind the armed forces. https://www.youtube.com/watch?v=kNEq2-Hr03s